This is your last warning if you haven't read the original Steins;Gate VN, or at least have watched the anime adaptation. Steins;Gate 0's very premise spoils the ending of the original narrative.

Very few Visual Novels are as universally well-regarded as Steins;Gate. The SciADV franchise has been host to more than a couple truly great VNs, but it goes without saying that this is the most well-known out of all of them. Partially due to that legacy, when Steins;Gate 0 hit the west on PlayStation 4 and Vita in late 2016, expectations were (understandably) high. Due to the nature of the True Ending, there wasn't much for a traditional sequel to base itself off of, but luckily enough there were some major story threads that still begged to be explored.

For those of you that want a refresher - Steins;Gate's True Ending had the protagonist, Okabe Rintaro, venturing back in time to save his love Makise Kurisu. By preventing her death and recovering her Time Travel thesis, he also ends up saving humanity from World War III. His initial attempt ends in failure, but a video from himself years into the future teaches him that "tricking" the world is the only way to truly save Kurisu. Okabe gets himself stabbed, and sets the scene to "trick" himself from the beginning of the story to complete the time loop while still saving his love.

Steins;Gate 0 follows the story of the Okabe that failed, and the events that led to the video that allowed for the original True Ending to happen. Unlike when players read the original Steins;Gate, this time around the ending is already understood. To this end, the story is less about "what" happened to Okabe before he could send the video, and more about "how" everything went down. On top of that, Okabe struggles with the weight of all the events that transpired in the original novel - Mayuri's countless deaths, the loss of Kurisu, and all of the very real PTSD that comes with it. 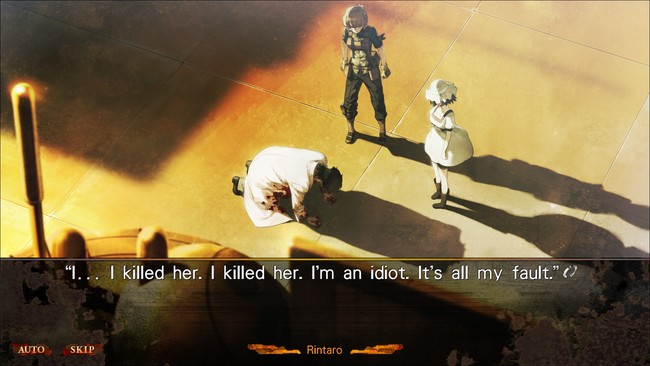 All of that is to say that Steins;Gate 0 is a very different sort of tale compared to the original. With the exception of a few characters, however, it fits right into the original narrative rather well. Steins;Gate 0 adds a lot of characters to the mix this time around, but perhaps the characters that it adds aren't used to their full potential. Mayuri's cosplay friends are given faces and names, but even the ones that stay in the spotlight throughout the VN tend to bring more confusion than anything else. Another new character, Kagari, is wildly inconsistent throughout the story as well.

Maho and Professor Leskinen are without a doubt the strongest new characters added to the mix; unsurprisingly, they're given the most screentime. Regardless of the small inconsistencies, however, Steins;Gate 0 is very much worth reading for fans of the original. It's more Steins;Gate, and it fits with the original much more than the animated movie. To that end, is the PC release worth reading over the previous console release? Well, yes and no.

The PC version is at least as good as the console release. However, it's very obviously a port. One of the biggest issues that some fans had with the Steam release of the original Steins;Gate was how the font was much larger - identical to the console version's font, instead of the much more monitor friendly font of the JAST boxed release. Unfortunately, Steins;Gate 0's Steam release also suffers from a similarly bloated text size. 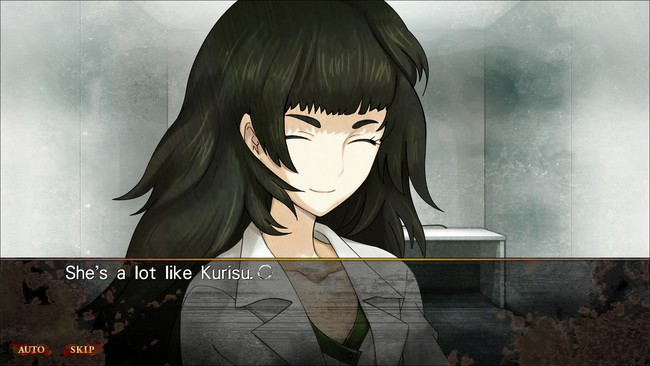 It's not actually bigger than the font on say, the Vita - but the fact that said font is being blown up for a monitor is a big problem. Sure, the PlayStation 4 version has a similar issue, but it's less of a problem when you're on a console, probably sitting on a couch farther away from a screen. On the Vita the bigger font made sense for the size of the screen. On a monitor, however, the font size is just painful. There are no options to modify the size of the text, either. It won't ruin the experience for anyone, but it does make it harder to recommend the PC version over the console releases where the font is better suited for those platforms.

There are some slight changes to the translation on the PC version that does make it a bit more desirable, of course - some previously untranslated assets are now translated, including a movie near the end of the game. It's a nice change, though its value really depends on who you ask. This does make the PC version the technically definitive release, though again the changes are minor enough that the version you "should" play still relies on personal preference. For my purposes, the text size was enough of a pet peeve that I doubt I'll be playing through the PC version for re-reads unless a mod or official update comes out to better balance the font for computer monitors.

Steins;Gate 0 is worth reading on PC just as much as it was worth reading on consoles. If you're a fan of the original, you owe it to yourself to truly finish the story; it's just a little disappointing that the PC version couldn't have been just a little bit better in the end. Instead of being by and away the best option for fans and newcomers alike, we've got a port that's "only" a little bit better than the console release.

Hands-On with the Steins;Gate 0 on Nintendo Switch 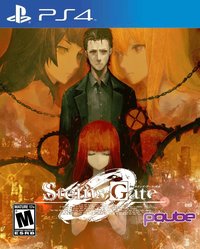