A marriage of beat-em-up and RPG mechanics seems like a weird idea. Supplementing combos and beating up random people on the street with stats and levels seems counter-intuitive, but it tends to work better than expected. There are a few games that take advantage of this combination--titles like River City Ransom have basic RPG mechanics in them already. So when Treachery in Beatdown City was announced with even more of a focus on RPG mechanics, I wasn’t shocked, but I was interested. While in general developers NuChallenger melds these two genres well, some aspects of the game hold it back from being truly great. 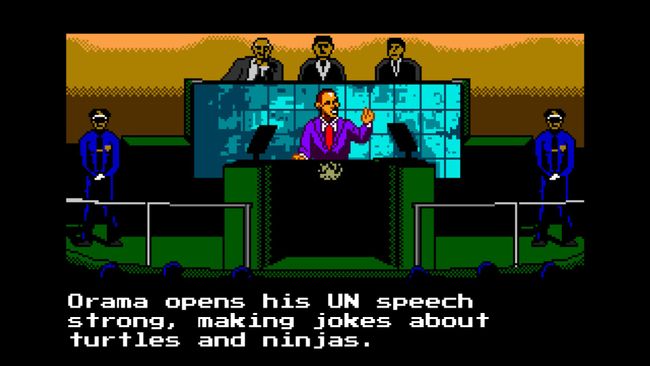 The president Blake Orama has been kidnapped by ninja terrorists, and it’s up to a trio of fighters to save him. Unfortunately, it seems everyone and anyone has a bone to pick with your group, and they’re all sorely in need of a beatdown. Whether it’s a racist white guy, a cyborg, or corrupt cops, our heroes have no qualms fighting and beating up those that stand in their way of getting to City Hall.

Overall, the writing of Treachery in Beatdown City is alright, but I found that I didn't find it all that engaging. It's clear the game was going for a humorous angle, but the humor just didn't resonate with me, making most of the cutscenes a bit cringy to get through. Parodies of society's most racist, callous, and annoying people seems fun at first, but the cutscenes become a bit too long and the jokes start to wear a bit too thin by the end of the game.

Currently, Treachery in Beatdown City only has one episode, so you don’t actually get to save the President this time through. Other episodes will be released for free at a later date, but this information wasn’t readily available on the game’s Steam page. While this doesn’t affect the gameplay per se, it’s a strange omission from the game’s marketing and store page. 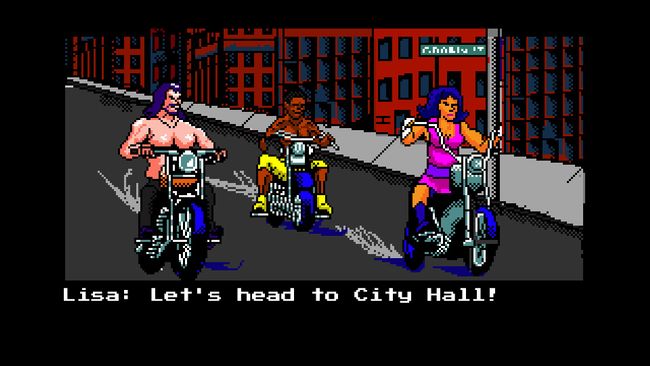 That said, the game is long enough on its own. You’ll move along an overworld map, beating everyone up while choosing between one of three characters to brawl with--the balanced Lisa, combo-heavy Bruce, or grapple master Brad. Each character has their own advantages and disadvantages in battle, and different enemies will be more susceptible to a particular character’s specialties.

This helps to add a bit of depth and strategy to Treachery in Beatdown City, so you can’t really just pick Lisa the whole time and force your way through everything. Some enemies are just far easier to take down with Bruce or Brad, with their grapple moves or lengthy combos, respectively. In addition, you’ll sometimes need to fight Revenge Matches, which requires you to fight with a specific character (and you’ll typically learn a new skill afterward).

Since you need to manage the party’s HP levels between save points, it’s important to use everyone to understand their movesets and not be left in a bad spot. You can use food and healing items to keep everyone’s HP topped off, but use too many and you might find yourself in a tight spot later. Clearing out maps levels up the party, giving each character more HP and Fight Points (FP) to take down the next set of threats. 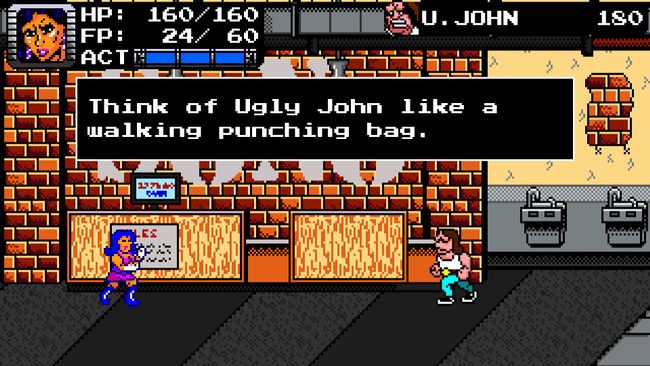 Battles are generally in real-time, but you can pause in menus in order to choose the moves your fighter will use. The kind of combos you have at your disposal depends on your FP, as well as a steadily filling bar. Both FP and the bar refill as the battle goes on in real-time, but you can also gain more FP for pulling off high combos, which allows you to use your more powerful moves in turn.

But, it’s not all about landing combos and launching counter-attacks. You also have to deal with status effects, like bleeding (losing HP over time) and blind (can’t hit very well). However, this is one of the sticking points of Treachery in Beatdown City. Later battles are less about beating the enemies and more about dealing with whatever status effect you got hit with. This makes the fights more difficult in a frustrating way. I got tired of being blinded every battle, whiffing most of my attacks and taking heavy damage while just waiting for the effect to wear off. It felt like a lot of the strategy was taken away while I dealt with things out of my control. 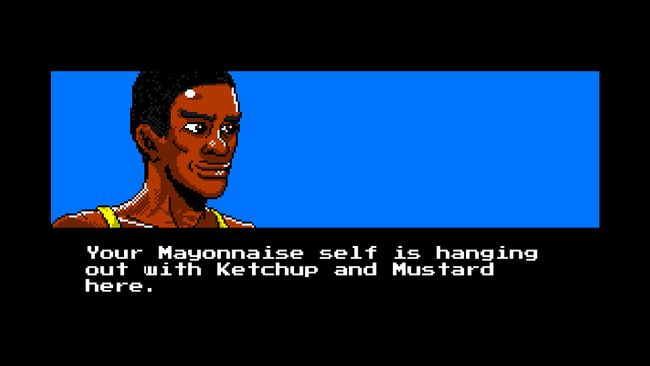 The other major problem with battles comes with grappling mechanics (which are Brad’s specialty). Enemies at higher health thresholds have a higher chance of counterattacking, but this goes double for grappling, meaning most enemies will counter a grapple until they’re low on health. However, this neuters Brad’s moveset, making him less than ideal to use in most fights later in the game.

It’s less that these mechanics are broken, though, and more that they need some fine-tuning along the way. A post-release patch does tweak the grappling issues somewhat, but it’s probably best that Nuchallenger takes these problems and rectifies them more directly in the next episode. It ends up being these issues with grappling and status effect implementation, coupled with other smaller annoyances like not being able to switch characters when you die, that hold Treachery in Beatdown City back.

But there’s room for the series and Nuchallenger to grow. I may not have personally enjoyed the writing much, but it’s not inherently bad--it’s just not my sense of humor. There may be sticking points and frustrations in terms of the gameplay, but the core of the battle system is solid. Perhaps being episodic will work to Nuchallenger’s advantages, so they can take what they’ve learned from this first episode and make a truly great second one. 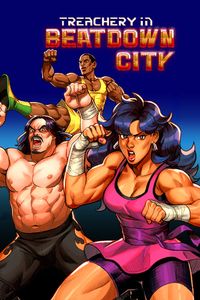