The follow up to Assassin's Creed Origins, taking place in ancient Greece.

A sequel to Attack on Titan, featuring characters and events from the second season of the anime.

A new sequel to the classic CRPGs from Larian Studios.

The original shooter-looter returns, packing bazillions of guns and a mayhem-fueled adventure! Blast through new worlds & enemies and save your home from the most ruthless cult leaders in the galaxy.

A time-traveling adventure, experience the past, present and future all at once.

The game based on the original pen and paper RPG from CD Projekt.

Darksiders Genesis gives players their first look at the world of Darksiders before the events of the original game, as well as introduces the horseman Strife.

Dive into the world of Destiny 2 to experience responsive FPS combat, explore the mysteries of our solar system, customize your guardian with unique gear, and unleash elemental abilities against powerful enemies. 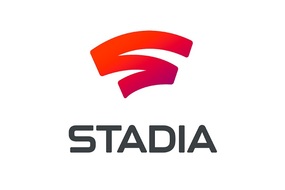 Google enters the world of video games with a new streaming-based solution, Stadia - playable from anywhere over the internet.