Bungie has once again brought their game back from the brink - but is it enough to entice players to return that have been burned twice before?

Bungie attempts to right the ship with Destiny 2's latest expansion. During E3 we got the chance to check out one of the expansion's new PvP modes, Gambit.

Destiny 2 offers a compelling reason to explore the world of Humanity's last stand.

In this week's podcast, we chat about a possible sequel to The World Ends With You, early impressions of Dragalia Lost, Konami bringing back Symphony of the Night & Rondo of Blood, the Atelier Arland Series Deluxe Pack, and more!

Bungie shares a new trailer for the Destiny 2: Forsaken expansion

More on Destiny 2: Forsaken Revealed, Slated for a September Release

And it will be available for PS4, Xbox One, and PC players on September 4.

Destiny 2 - Expansion II: Warmind will be released on May 8

Journey through the winter tundras and dark caverns of Hellas Basin in the next expansion.

Destiny 2's next expansion will reportedly be called Gods of Mars, out March 2018

The second expansion will take players to the Frigid Vale of Mars.

Dive into Destiny 2 for free with the new trial feature

Explore the world of Destiny 2 for free.

Destiny 2 will receive it's first expansion titled Curse of Osiris on December 5. 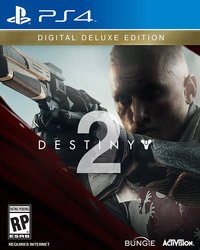