It's the final day of our RPG Site Awards for 2010, and we're finally ready to kiss 2010 goodbye for good and greet the RPGs of 2011 into our lives - but not before we hand out two final, important awards today.

Most Disappointing RPG of 2010: Final Fantasy XIV (PC)
This category isn’t for the worst RPG of the Year – Because Final Fantasy XIV isn’t the worst – but it is the game that let us down the most. Square Enix’s flagship title’s latest MMO saw lacklustre sales, horrid reviews, and putrid impressions off fans. Thinking back, Final Fantasy XI’s launch was also pretty poor – but by comparison even that feels like a well-managed work of genius.

What caused Final Fantasy XIV’s hardships is unclear – the game was possibly rushed, or mismanaged – perhaps a mixture of both – but what is clear is that this 2010 MMO launched with a User Interface that feels like it’s straight out of 2001 and a game world with massive chunks of it duplicated multiple times to make areas as large as they need to be. It’s sad, as the small chunks we saw of the game at trade shows like GamesCom and E3 all looked solid and promising but incomplete. It feels like much of it just never got properly completed.

Final Fantasy XIV was perhaps too ambitious for its own good – it feels like the team stretched too far, and as a result have swung and missed. The development team’s been ‘reshuffled’ by Square Enix bosses, the PS3 version has been delayed and subscriptions, the game’s primary source of income, have been suspended indefinitely. Clearly, Square Enix knows they’ve messed up bad. 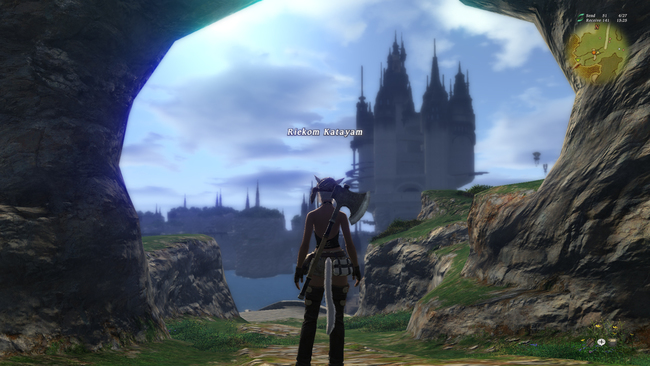 RPG of the Year 2010: Mass Effect 2 (360/PC/PS3)
[image="me2_goty.jpg" game="0" nomark][/image]
The first Mass Effect hasn’t aged well. We gave it a glowing review at launch, and the tweaks to the game’s interface on the PC helped it out a little, but even with those things in mind, the first Mass Effect title feels a little archaic now. Bioware should be happy to hear, then, that Mass Effect 2 has come out of 2010 as our favourite RPG of the year, despite being released right back in January.

While some people will scream out that it’s ‘not a real RPG’ and that it edges far too close to becoming a third-person shooter, we’d like to argue for Mass Effect 2 as a streamlined beauty, a wonderful mix of action and RPG formula. It can be a ‘gateway drug’ for lovers of action games into the RPG genre, and likewise it can be the introduction for RPG fans to more action-heavy games.

While what Bioware have created in Mass Effect 2 is indeed an RPG that places a massive amount of focus on actual shooting, they’ve also included a large number of aids for those who aren’t familiar with various aspects of the game, be it auto-levelling or by putting on a fairly generous amount of auto-aim for those not used to shooters.

It’s well built, and there are a decent number of options there for all types of gamers. The shooting feels satisfying, and the guns and powers all feel far more weighty and powerful than they did in the original. When Bioware told fans before E3 2009 that the combat system for Mass Effect 2 has been completely overhauled, few could've predicted the total change that was to occur and what an impact it would have on how exhilarating and exciting combat in Mass Effect is.

Where Mass Effect 2 really excels, though, is in its story. Picking up in the already incredibly detailed world laid out in the first game, it provides you with a story that feels like it can branch in far more significant ways, and even gives you the chance to bring over major choices from the original. It carries some of the richest characters and strongest characterisation we’ve seen in an RPG, even if the basic storyline of ‘The Dirty Dozen in Space’ is a little simple.

As a tent pole for the RPG genre, Mass Effect 2 isn’t perfect. The game could learn much on how to integrate RPG features but also attract action gamers from games like Fallout: New Vegas, and could even learn a thing or two about story presentation and choices from the vastly inferior Alpha Protocol. However, as a single package and as an entertainment experience it’s unrivalled in 2010. The robust universe, engaging characters, tightly-paced story, polished presentation and super-tight combat make it our Overall RPG of the Year for 2010.

And that's all she wrote. Goodbye, 2010, and thanks for all the great RPGs! Remember you can check back on Day One, Day Two and Day Three through those links, and keep checking back to RPG Site over the next year as we Preview, Review and bring you all the latest news from all of 2011's Best and Worst RPGs!