With E3 2011 mere days away, it’s about time we revealed to you lot what we’re most looking forward to at the show. Team RPG Site will be hitting the show floor once again this year for open demos and heading behind closed doors for some interviews and hands-on experiences with other, more elusive games.

Our coverage will start in earnest when the Press Conferences begin on Monday, June 6th, but in the meantime, here’s our most anticipated RPG picks of the show before we get there. We’re even more excited to see what surprises can muscle their way into our schedules, and for several appointments we can’t talk about publically yet – it’s going to be a good show. Stick with us throughout for the best RPG-specific coverage around.

The Elder Scrolls V: Skyrim (360, PS3, PC)
Bethesda has been working away on Skyrim for some time now, but with Skyrim launching a mere six months after E3 the show marks a major opportunity for the company to show fans of the series and potential newcomers exactly what this new edition of The Elder Scrolls is all about.

We're hoping to get our hands on the game in a playable form if possible, but what we're most interested in seeing of all is exactly what the team have done with the character progression in the game.

It's said to be slimmed down from Oblivion and Morrowind's character growth systems, but Bethesda claim that it hasn't lost any of it's depth in the progress. As with Bioware's Mass Effect 3, we're intrigued to see how the pursuit of a larger audience - always a good thing to have - has effected the core RPG gameplay.

Kingdoms of Amalur: Reckoning (360, PS3, PC)
An all new fantasy RPG for the 360, PS3 and PC, Kingdoms of Amalur features an all-new universe built from the ground up specifically for this title. Big news for RPG fans is that Ken Rolston, the lead designer of two of the best loved Elder Scrolls games, Morrowind and Oblivion, is the lead designer on this. He's joined by fantasy author R.A. Salvatore on story duty and Todd McFarlane whipping up artwork.

That's a pretty formiddable team already, but then it's topped off by ex-Rareware maestro Grant Kirkhope working on the music. He was behind the soundtracks to many Rare classics in the 16 and 64-bit eras of gaming. That's a hell of a team, and the universe looks cool as hell. I think I've just gone to heaven. 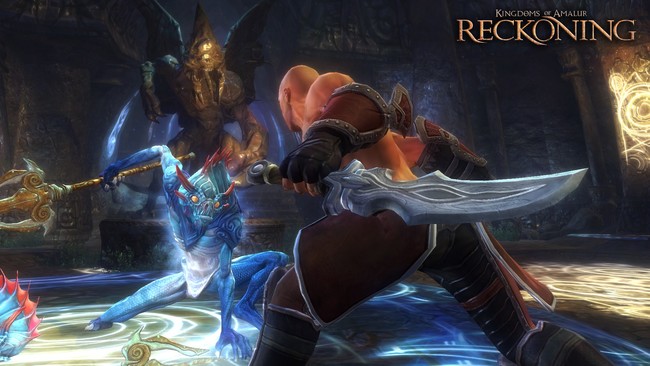 Deus Ex: Human Revolution (360, PS3, PC)
Eidos Montreal's shooter-RPG hybrid was a big game on our E3 radars last year, but since then the title has been delayed in order to not see it buried in an already disasterous fiscal year for Square Enix.

With the delay caused by fiscal concerns rather than issues with the game, which was fairly close to it's original release when it was pushed back, we're most intrigued to see exactly how the game's team has sent all the extra time afforded to them. The game already looked fantastic last year, so we're hoping it looks even better still now. 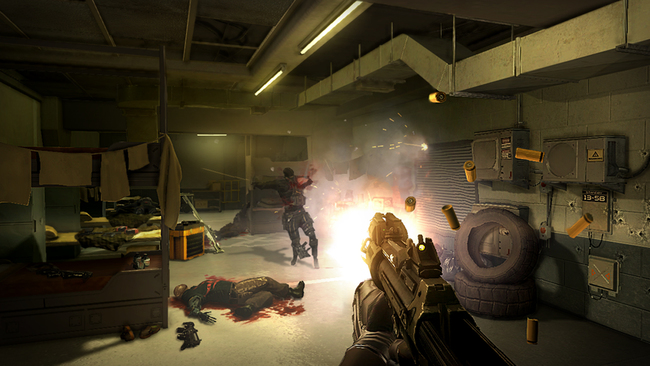 Mass Effect 3 (360, PS3, PC)
The Adventures of Commander Sheperd so far have left us hungry for more, and while Mass Effect 2 took many aspects of the first game and improved them in some cases it also took it's changes too far in others.

With a massive amount of story threads to pay off and quite a legacy to live up to from the previous games, it's only natural that Mass Effect 3 makes it onto our list. We're hoping to see a sufficiently epic story tease, a showing of those improved, deeper RPG elements and our first glimpse at exactly how EA intend to Market the game to reach a larger audience at the show.

Risen 2: Dark Waters (360, PS3, PC)
Deep Silver’s Risen was a truly mixed bag – the PC version was a pretty good sleeper hit, while the Xbox 360 version of the German-made RPG was rather abysmal. We’re hoping that with Risen 2 the company can hit it out of the park and get it equally as awesome on all platforms it’ll be appearing on.

With a new pirate-based theme and the same combat that made the original Risen a very fun traditional RPG experience on the PC, our hope is that seeing it in the flesh proves that the engine has been tweaked and tightened to make it run well on consoles. We’re also interested to see how the new pirate theme to the game is going to affect the core gameplay of the series. 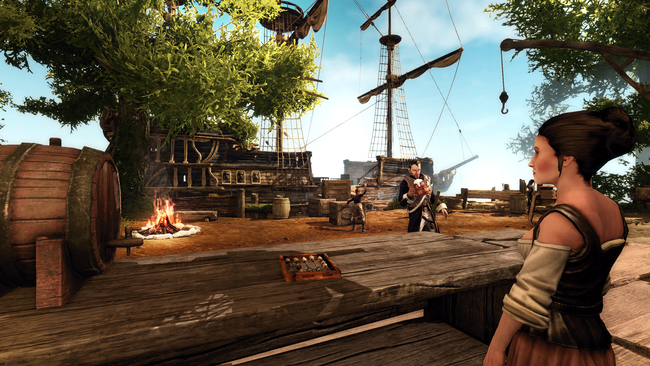 Final Fantasy XIII-2 (360, PS3)
Past the initially released CGI teaser trailer little is known about FF13-2, but with the game slated for a release "This Winter" - meaning late 2011 or Early 2012, we fully expect this to be a major feature in Square Enix's E3 line-up.

Rather than story elements our hope is that we find out more about how the battle system in the game will be evolved from the original FF13 at the show - after all, the last major direct FF sequel in FFX-2 had one of the best battle systems ever to grace the series, even if it was wrapped in a slightly ridiculous story. Besides, Lightning is too tough to sing, right? Right...?

Heroes of Ruin (3DS)
We know a fair bit about Square Enix and n-Space’s collaborative effort on a new 3DS RTS/RPG in Heroes of Ruin on paper – it’s big on social features with StreetPass and SpotPass integration and it’s aiming to make use of the other unique features of the 3DS. We even know that it has voice chat – but we’re excited to go hands-on with the game at the show.

Hopefully machines will be set up so we can see exactly how the online, StreetPass and SpotPass elements work in action. We’ll be going hands-on with the game at the show, so we’ll be able to bring you guys a full preview of exactly how it handles – but we can say already that it sounds pretty damn cool on paper. Fingers crossed for this one. 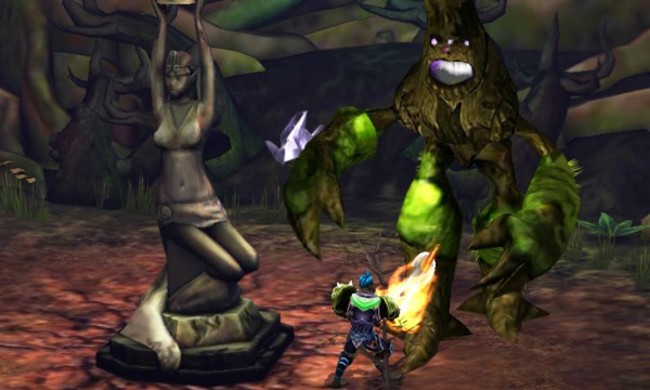 Star Wars: The Old Republic (PC)
Years in the making and with what sounds to be one of the largest voice casts ever assembled for a game, Star Wars: The Old Republic is gunning for World of Warcraft's crown, and this is likely the last E3 it'll see and the last North American trade event when it'll get the chance to strut its stuff to the press and industry officials before launching.

A huge money sink for EA and pegged as the most expensive development they have ever been involved with, The Old Republic has the power to make or break Bioware, one of the most high-profile and prolific RPG studios today. It's targeted to launch before the end of the fiscal year, which means sometime before March 2012. It's a PC exclusive, and will carry a subscription fee when it launches.

White Knight Chronicles 2 (PS3)
White Knight Chronicles was brilliant but flawed, and the second outing for Level-5's MMO-styled action RPG is of interest because as well as providing a whole new storyline to experience it also packs in a remastered, improved version of the original game as well. The entire combat system has been considerably shaken up, changed and improved over the original game, and it fared much better critically when it launched in Japan as a result.

We're looking to see just how much of an improvement this combat system is and if Level-5 have been able to make the somewhat grind-heavy nature of the previous game a little easier on players or not. It's out the week of E3 in the UK so we won't get much of a head start on playing this over UK gamers - but a US release from D3 Publisher is further out, in August. 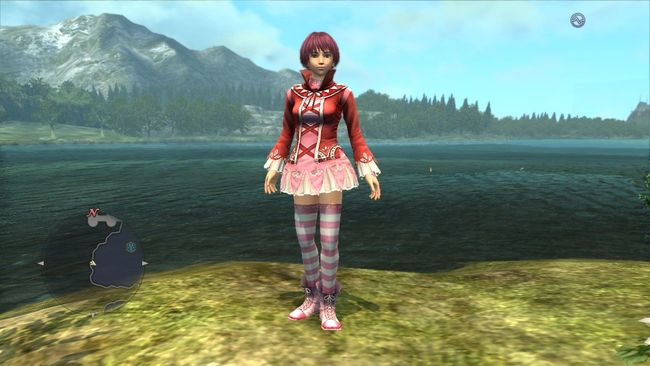 Dark Souls (360, PS3)
It’d be mental not to put the successor to our 2009 RPG of the Year Demon’s Souls on this list, and Dark Souls is a game that we’re extremely excited to see in person at long last. From Software are back, though this time they’re backed by Namco Bandai as a publisher and will be hitting the Xbox 360 as well as the PS3 with this release.

With so many top RPG titles on the slate for E3 this year it’ll be really exciting to see what the team at From Software has done to refine and improve upon the winning formula of Demon’s Souls to keep us interested even in the face of a thousand deaths. Namco Bandai will be putting this one out in the West in October this year, while lucky Japanese gamers will get it a little earlier in September.

[video="darksouls.flv" game="263"][/video]
But that's not all...!
There will of course be other unannounced RPGs and titles that we've missed lurking around the E3 show floor - and team RPG Site will be running around in any free time we have to get hands-on with as many of those titles as possible. If there's anything particular you want us to check out, be sure to let us know in the comments.

We'll be coming live from the show as of Monday morning, when the major companies go head to head in trying to grab the most attention with their Press Conferences - so be sure to check out the site during E3 2011!

E3 Expo comes back in 2011! Join us for a rousing good time in Los Angeles, California, as the leading video-game publishers and manufacturers vie for everyone's attention. We'll be live on the show floor with all of the latest news, media, and information.