We put Bethesda's latest under the spotlight - and it shines back even brighter than we anticipated.

Enderal: Forgotten Stories isn't a just a mod for Skyrim, it's a damn good RPG in its own right

This Skyrim total conversion had previously flown under my radar, and I didn't know what I had been missing.

Gideon tells us about his dreams of super villainy, voicing Balthier in Final Fantasy XII, Fenris in Dragon Age II and starring in recent blockbusters such as Skyrim, The Old Republic and Battlefield 3!

That's a whole lot of Elder Scrolls and Fallout.

September 2017 Nintendo Direct - All the RPG news and announcements

Lots of role-playing in this latest blow out from Nintendo

The Elder Scrolls: Skyrim for Nintendo Switch releases on November 17

Zack, Andrea, Kyle and Josh discuss what Bethesda and EA might show at E3 2016, with plenty of Mass Effect discussion.

This video demonstration shows that we are staring into the eyes of the future, ladies and gentlemen!

Bethesda make good on their promise and finally get their DLC to PS3..

The lack of DLC for Skyrim hasn't missed Sony's eyes.

Bethesda: Dawnguard PS3 delay not because of Hearthfire development

You'll have to wait a bit longer, PS3 fans. 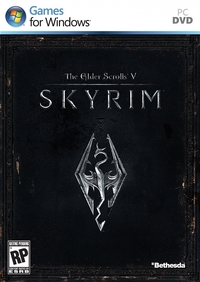