Mass Effect: Andromeda Guide - Uncovering the Past Quest: should you kill the AI?

Mass Effect: Andromeda's icy planet of Voeld is full of intrigue and mystery about the past of the new Angara race, but one of the most intriguing quests there relates to a very familiar theme to Mass Effect fans: the potential and the danger of artificial intelligence.

This is the driving force behind the 'Uncovering the Past' quest, which sees you rediscover a long-lost Angaran secret. Here, we explain how to get the quest, how to complete the quest, and the potential consequences for the quest's major game-changing decision - if you keep this potentially dangerous but fascinating AI or if you kill the AI instead. Let's get to it! 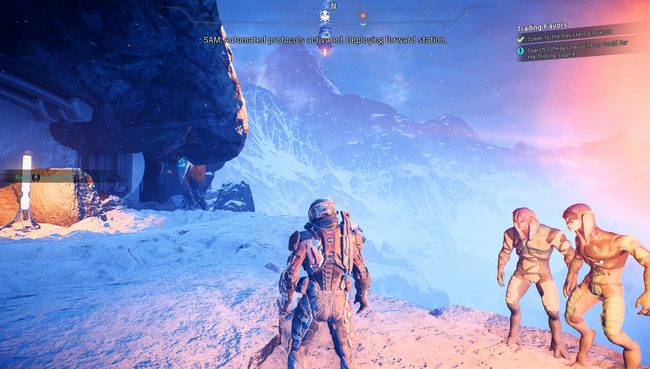 Voeld: How to get the Uncovering the Past Quest

In order to get access to the Uncovering the Past quest you'll need to press through several prerequisite quests that the game requires you complete beforehand; Remove the Heart, Meet the Family, Stage a Rescue, Eyes on the Ground/On the Front Lines (this quest name changes depending on your past actions) and Meet the Resistance.

The first quest in the line you need is Meet the Resistance - and this quest is given to you when you leave Aya with Jaal for the first time. This will give you a quest to head to Voeld, which in turn leads to Eyes on the Ground/On the Front Lines. This quest will naturally lead into Stage a Rescue - the man that you rescue then kicks off the Meet the Family quest. The NPC you turn that quest in to will then give you Uncovering the Past. Phew! 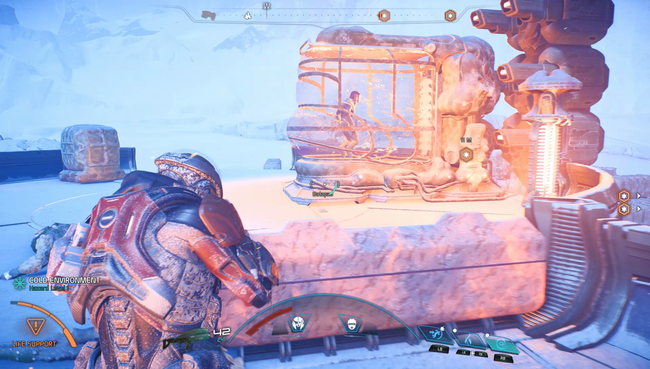 Uncovering the Past: Completing the Quest

As part of the previous quests you will have lowered the shields of Ja Niihk, a mysterious site that's been visible but closed off to you for a while. Head into the base. Keep following the navpoint: you'll eventually run into a larger and more open area populated by Kett.

Fight your way through the Kett - it's mostly grunts, the chosen, so not any type of enemy you have to particularly worry about. In order to progress you'll want to flush out and kill all of the Kett in this cave system.

Also in these caves are captured Angara, trapped in the same sorts of cages you will have seen in the missions leading up to this one. Free the Angara and chat to them - they'll tell you that the Kett were trying to find something in this cave and were placing explosives to try to blow their way through a wall. It'd be rude not to see what they were after...

Before you get trigger happy with the explosives, do some scanning in the area - in one dead-end area there's an Angaran artifact for another sidequest - scan it. When you're ready, go to the blockage and the explosives. Take cover and enjoy the explosion and the open path. 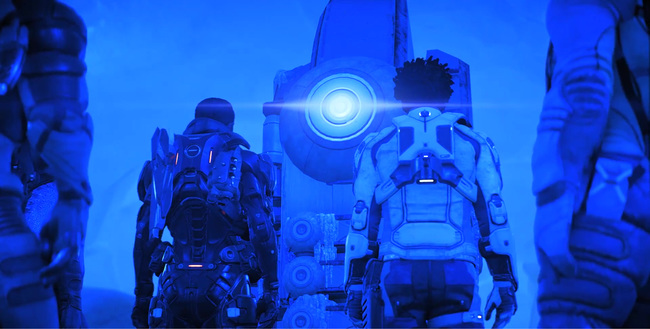 The Angaran AI: Kill the AI or Let the AI Live

Once you get into this open room, ominous decor awaits. Massive ancient computer processors and other pars rise out of the ground and in the center of the room is an interface where you can talk to the AI these elements power. This AI has been here for hundreds of years - it knows more about the Angara than the modern Angara do.