Final Fantasy XII: The Zodiac Age Espers Guide: where to find them and which Job License Board to use them on

Summoned creatures are a mainstay in the Final Fantasy series. In Final Fantasy XII, these are known as Espers and there are 13 in all, based off of the 12 Zodiac signs plus a special 13th spirit. Espers can be summoned by the party once they are defeated in combat. Five espers are necessarily obtained during the plotline while the other 8 are obtained in optional areas of the game. Firstly, we want to describe where each Esper can be met in the game.

Gaining the ability to summon an Esper is not their only function, however. Espers also act as "bridge nodes" on each of the 12 new Zodiac License boards, and behind each Esper node are a few extra nodes you could not otherwise reach until you activate that Esper on the board. However, it is very important to note that Espers can only be assigned to one character only, so not every character can access all the nodes on their license boards locked behind Espers. So deciding which class to give which Esper to requires a decision to be made. We're here to help.

Note: The guide lists the Espers in the earliest possible order you can obtain them. However, none of the optional Espers are missable and can be gotten at any time later in the game. 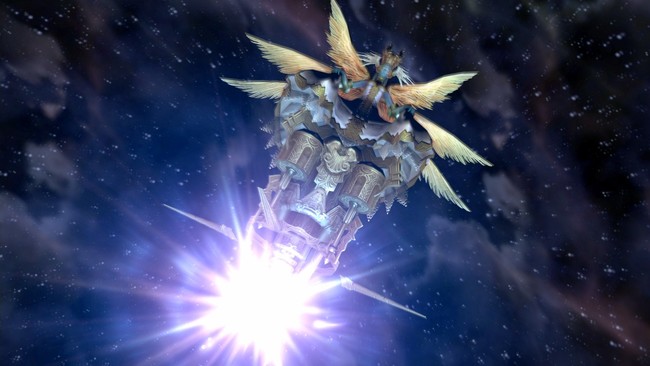 Getting Started - understanding Espers on the FF12 License Board

Have your own suggestions? Let us know in the comments.

Story-related. Belias will always be the first Esper acquired by the party. He is encountered at the bottom of the Tomb of Raithwall. Acquiring Belias is also what enables the ability to assign a second job to each character.

Suggestion: As Belias is the first Esper in the game, his License Board unlocks are not great and will not add much to your skillsets. Libra is found in many other classes already, and Horology is an awkward Technick based on your game clock, so Potion Lore 1 is our best recommendation.

Optional. Adrammelech can be found in the Zertinan Caverns after completing the Tomb of Raithwall. Enter the caverns via the Dalmasca Westersand (Galtea Downs). You'll find Adrammelech in [Athroza Quicksands]. Be careful to avoid the Archeoavis in [The Balamka Fault], as they have been powered up significantly in International Zodiac Job System.

Suggestion: There is no obvious pick here. Time Battlemages do not get access to White Magick otherwise, so giving them Cura and Raise could be useful in a pinch or some additional healing. An extra Battle Lore for you Foebreaker or Uhlan never hurts. Hand Bombs on your Black Mage is probably only useful in very specific builds. Consider if you have a character that can benefit from Adrammelech twice, such as an Uhlan/Time Battlemage.

Note: Getting a Great Serpentskin for Dantro's Wife from the "Marauder in the Mines" hunt, will allow you to get an extra Golden Amulet (double LP accessory) for this quest, although it is optional.

Once that is done, go to [Murmuring Defile] in the Estersand. You can now explore new areas in Barheim Passage. Zalera is found in [Terminus No. 7].

Suggestion: Traveler deals damage based on the number of steps you've taken since you last used it - not very useful. Having another character able to Steal isn't useful either.  HP+'s aren't as valuable in late-game because Bubble will likely bring your character to 9999 HP regardless. We suggest going with Bushi for additional access to weaponry or Ether Lore for your Time Battlemage. (Blood Sword causes Sap and Karkata causes Confuse on hit)

Edit: As noted in the comments, your HP can actually exceed 9999 even if the gauge does not show it. So an additional 435 base HP isn't such a bad deal if you don't need the weapon unlocks. 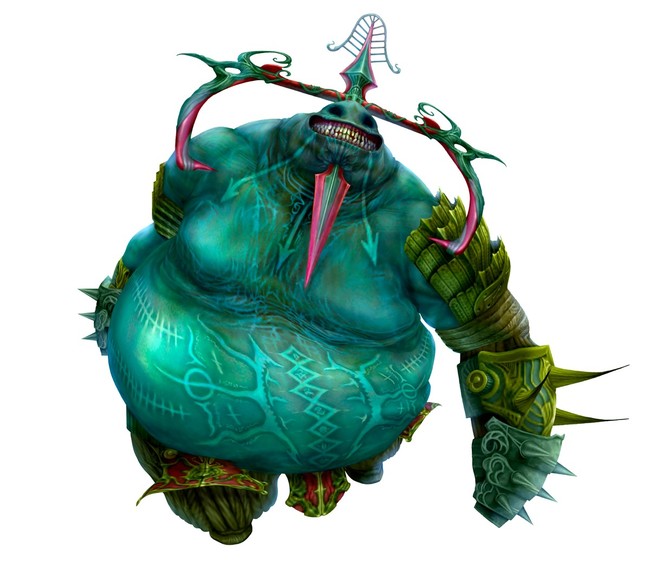 Optional. After completing Tomb of Raithwall, Cúchulainn is found in a new area of the Garamsythe Waterway. You need to have first completed the Hunts "Waterway Haunting" and "Lost in the Pudding", which will reward you with the Sluice Gate Key. You need to make your way to the south-most room in the waterway. Assuming you have never messed with the gates prior, the order is:

Suggestion: The most enticing selection here is more Black Magick for your Red Battlemage. If your Red Battlemage is also your Black Mage (and thus already has those magicks), then we suggest giving Cúchulainn to your Shikari for additional protective buffs.

Story-related. Mateus is encountered in the Stilshrine of Miriam.

Suggestion: Knights do not gain access to White Magick on their own, and another character able to use Esuna/Cleanse/Regen is probably your best option (unless your Knight is also your White Mage). Gil Toss has its uses, but you probably have plenty of characters who can do that already. The HP+ node is there if nothing else is valuble to your setup.

Optional. After the events at Stillshrine of Miriam and Mt. Bur-Omisace, you can speak with Moogle Boss and his crew in Salikawood to fix the gate leading to Phon Coast. Once this is done, return to Mosphoran Highwaste.

Suggestion: There is no clear winner here. All those heavy armors for your Red Battlemage look enticing, but for end-game purposes, they probably aren't going to be as useful as high-end robes. Still, other options are not much better. The 4 Magic Lores are worth a look if your foebreaker is also a mage and does not already have access to them. As always, consider if you have any job pairings that can benefit from Exodus twice. 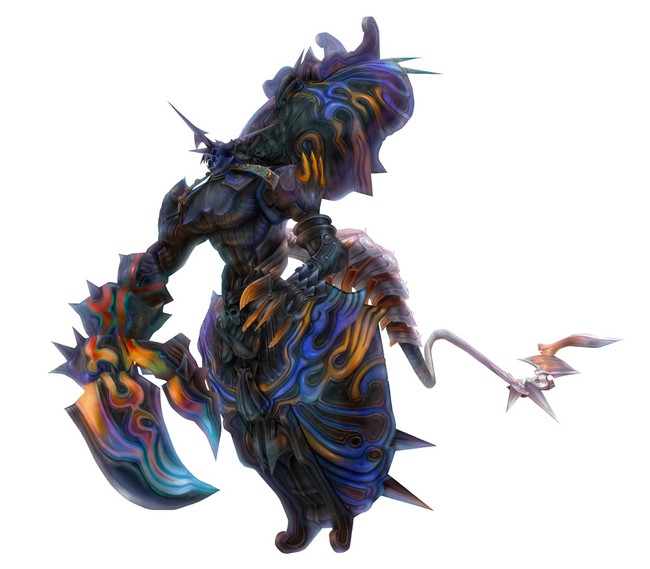 Optional. After the events at Stillshrine of Miriam and Mt. Bur-Omisace, talk to Nu Mou Acolyte at [Temple Grounds] in Mt. Bur-Omisace. You will obtain Stone of the Condemner. Back at the Stillshrine on Miriam, you can use this stone on the first waystone you see to access a new area with Zeromus.

Suggestion: Channeling reduces MP cost by 10%, and that's a good thing for your Red Battlemage to have (especially if you gave them Cúchulainn for higher level Black Magicks). Otherwise, Addle and Shear are especially good debuff technicks you can give to your Time Battlemage. Bushis already get plenty of Magick Lores, but they can get two more if you choose. Plenty of good options here.

Chaos, Walker of the Wheel

Optional. Available after visiting Archades. This Esper requires quite a few things to access. Firstly, you need to have completed the Hunts "Waterway Haunting", "Lost in the Pudding", and "Crime and Punishment".

Once that's done. Go back to [The Muted Scarp] and speak to the three Nu Mou. Go to [The Slumbermead] in Nabreus Deadlands and access the hidden path in the NW to [The Fog Mutters]. Go to the end of this hidden area to get Medallion of Bravery, Medallion of Love and the Lusterless Medallion.

Finally, go to the Necrohol of Nabudis (can be accessed from Salikawood). Each medal opens up a door in the Necrohol which holds a boss encounter. Defeat each boss in each room, and Chaos will finally be yours.

Suggestion: If you have a Black Mage/Monk, give them Chaos for sure. Holy will be a very useful spell to have and the protective buffs are just a bonus. These are good magicks for your monk to have even if they are not also a Black Mage. Otherwise, the next best options is probably the Uhlan support spells or giving greatswords to your White Mage.

Story related. Will acquire at the end of Giruvegan and Great Crystal story events.

Suggestion: Giving Shemhazai to your Archer will allow them to wear the best heavy armors in the game. Giving your Red Battlemage status removing skills will also be sure to come in handy. If your Red Battlemage and your Archer are the same character, then this is an easy choice to make. None of the other selections come close. 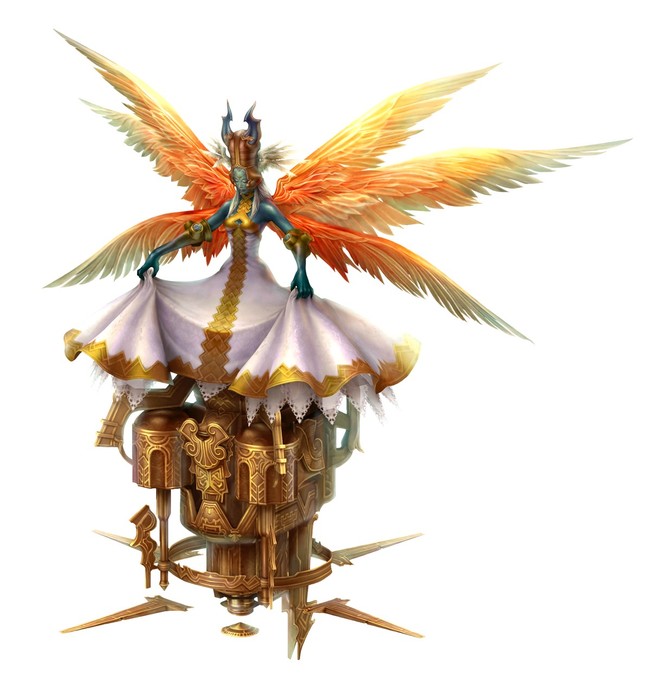 Optional. After the story events at Giruvegan and getting the Treaty Blade, you can access further areas inside the great crystal. Ultima is encountered near the very end. Navigating this place is simply too difficult to describe in text, so check out a map to help you out.

Optional. After Giruvegan/Great Crystal events. Have collected ten other Espers and finish the Hunt "The Mine Flayer". Talk to Geomancer Yugelu in Jahara [Lull of the Land]. Warp to Henne Mines and you can now access a new area east of [Ore Separation]. Make your way to the end of this high level area and you can encounter Zodiark, the most difficult of the Espers.

Suggestion: Zodiark mostly adds high-level equipment to classes that could not otherwise wield them. Renew is the highest level White Magick that fully heals your team but it is costly to cast. For Zodiark, it is probably best just to see which characters can double up best on the unlocks he provides.

Story-related. Hashmal is found near the end of the Pharos at Ridorana dungeon.

Suggestion: Like Mateus, it is probably best to give Hashmal to your Knight in order to give them some White Magick abilities. If your Knight is also your White Mage, then the next best choice is probably Channeling for your Time Battlemage.

Story-related. Famfrit is obtained shortly after Hashmal at the end of the Pharos at Ridorana dungeon.

Suggestion: That's a lot of useful Time Magicks you can give to your Machinist, so that's probably your best bet. Even better if you have a Machinist/White Mage.

Have a better suggestion? Let us know in the comments.