Dragon Ball Z: Kakarot is one of the rare Switch ports that blows expectations out of the water, nearly stacking up to original console versions.

Eastward has been in the works for a while. Finally, it’s time to head eastbound across the train tracks to an action adventure game filled with stunning visuals and an endearingly quirky cast.

review by Paige Detlefsen on 16 September, 2021

Everything you need to know about Genshin Impact's Fishing feature.

Just how deep are the RPG elements in the Guardians of the Galaxy game? Here’s what the developers say

We see XP bars, dialogue choices, and party members? You know we had to ask.

feature by Alex Donaldson on 03 September, 2021

Coromon is an upcoming monster-catching RPG set to release on PC and mobile devices early next year. I had a chance to play a special preview build from publisher Freedom Games but I spent most of my time with the publicly available demo.

preview by Paige Detlefsen on 02 September, 2021

Is It Wrong To Try To Pick Up Girls In A Dungeon? - Infinite Combate
Monster Sanctuary
Maglam Lord
View more games

Marvel's Guardians of the Galaxy highlights Combat and Exploration

A lengthy description of this pixel-art RPG.

PC players get the game on October 21.

PlayStation 4 versions set to release at a later date.

NEO: The World Ends With You launches for Epic Games Store on September 28

The PC release comes about two months after its console debut.

The Good Life set to release on October 15

It's been in the works for a while, but now it looks to finally see release.

In this episode, we discuss the first simultaneous worldwide release of the Yakuza series with Lost Judgment, Deltarune, Ni No Kuni II, and more.

Turn your Palamute companion into a robo-dog.

More characters from the anime appearing in the sequel game.

It's the game's Switch debut, and it's chock full of new features. 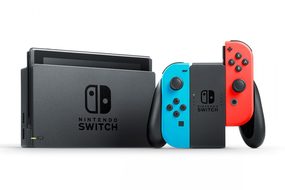 A gaming system that provides both a home console experience and allows players to take their games with them.