Fire Emblem Warriors Skills Guide: every skill listed, plus our picks for the best skills

As well as the standard-issue Warriors/Musou style slashing through a sea of enemies in some epic grand-scale combat, Fire Emblem Warriors also does its best to inject a little of the RPG feeling of the main Fire Emblem series titles into its world. It does this a few ways, with memorable locations and a slew of familiar class-based Fire Emblem characters, but that's not all - the game comes fully equipped with a skill system, with characters able to learn and equip skills to adjust how they play or buff them in interesting ways.

While there's not the same massive number of skills as you might find in a fully-fledged RPG Fire Emblem, Warriors still comes packing quite a number of these abilities, each with unique impacts when used and crucially each learned in the first place via a particular character. If you need to know how to unlock a character listed here, check out our Fire Emblem Warriors character unlock page.

Below, we go into detail by listing each and every skill in the game plus a list of our own personal recommendations of what we feel are the best skills in the game. Here goes...

How to Learn Skills in Fire Emblem Warriors

Skills are available in the Special section of Crest Market. Each skill has their own original learner character who gets to unlock the skill first by spending 3 silver materials coming from the character.

After that, other characters will gain access to the same skill in their own Crest table, but the materials required will be different: 1 gold material from the original learner, as well as an Essence material that is only obtainable by having the original learner reach A rank support with somebody. 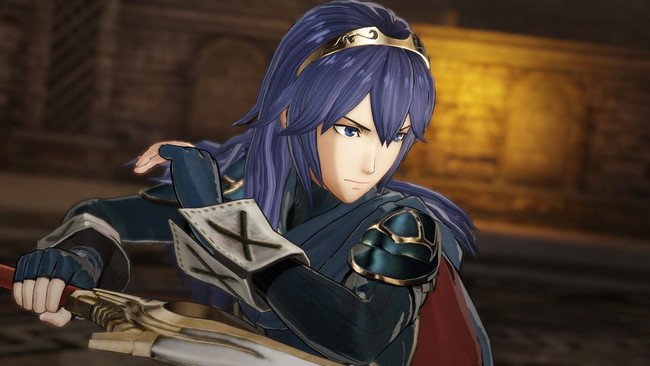 Fire Emblem Warriors Skill List - every skill in the game

Heals nearby allies as well when using a vulnerary item

Recommendation Rate: 5/5
With this skill, even characters that can only equip vulneraries will be able to act as healers, so it is highly recommended to spread this skill to others as well! However, if the character can also equip staves, there is another skill dedicated for them listed right below this one...

Recommendation Rate: 5/5
We can confirm that healers can even heal themselves when they are alone if this skill is equipped. Added with the fact that staves have more healing usages (10) than even a fully enhanced vulnerary slot (5), this skill is a must-have for any characters that can equip staves!

Recommendation Rate: 5/5
A reason why this skill is a must-have is that it works for both physical and magic attacks, so it is a very versatile skill that should be learned by many.

Recommendation Rate: 4/5
More damage output is always a good thing. This skill should be definitely learned by physical attackers. (Note for Lissa herself though, while this skill is definitely useful for her too when you learn the skill early. Later on, you will want to equip an alternate skill for her.)

Recommendation Rate: 1/5
We think it would be more convenient instead if you enhance defense against individual weapon types in the Crest Market. Furthermore, as the original learner of the skill, Frederick has an abysmally low Luck stat, so this skill will barely have any effect on him.

Recommendation Rate: 4/5
Although Cordelia as the original learner has a rather meager amount of Luck, she still gets a considerable amount of healing on defeating enemy officers, so this skill will be definitely useful if you want to reserve usage of healing items.

If the user is on support in a pair, the vanguard will get bonus attack damage

Recommendation Rate: 2/5
Only equip this skill when you know the character equipping this will only act as a pair support, for example when you are playing in Colosseums or 'Beat a certain number of enemies within the allotted time' stages.

Recommendation Rate: 3/5
This skill is useful if you activate Awakening mode often. Especially so for Tiki, when she has transformed into a dragon in Awakening mode.

Raises speed of both weak and strong attacks

Recommendation Rate: 5/5
This is hands-down the best skill in the game. Faster attack speed also means less time for enemies to recover from knockdowns. You will want to make Ryoma build up supports with so many characters to get his Essence materials.

Recommendation Rate: 2/5
While it may seem good at the early levels, the defense raise will feel superficial at the later stages of gameplay. By that time you should also have grown accustomed to avoiding, blocking, and healing instead.

Recommendation Rate: 1/5
The technique stat affects the bonus damage when launching Finisher or Warrior Special attacks. However, it would be better if you just raise the overall damage output by raising Str or Mag stat instead.

Recommendation Rate: 3/5
This is perhaps the best defensive stat skill to equip, as the higher HP stat raise will help characters survive much better than the meager Def/Res+10 skills. But in the late game you should be able to manage your allies' HP better even without this skill.

Recommendation Rate: 1/5
As with Pavise, it would be more convenient instead if you enhance defense against individual weapon types in the Crest Market. Furthermore, it still won't help much from protecting fliers against bows.

Recommendation Rate: 5/5
A good majority of unit classes here are foot soldiers. Since there are no Effectiveness attributes on normal foot soldiers, this skill will be essential if you want to deal damage to most normal enemies quickly.

Recommendation Rate: 4/5
Similar to Str+10, although this is more recommended for magic users.
Special mentions go to Lissa and Sakura since they attack physically but have higher Mag stat; it would be better to equip Mag+10 for them instead, and then have the Str-Mag Swap attribute attached to their weapons.

Recommendation Rate: 2/5
The same reason as Def+10, the stat raise will feel superficial as you progress through the late parts of the game.

If the user is on support in a pair, the vanguard will take less damage on being hit

Recommendation Rate: 2/5
Just like Solidarity, only equip this skill when you know the character equipping this will only act as a pair support.

Raises the amount of experience obtained from beating enemies

Recommendation Rate: 2/5
Useful when the character has not reached their max level yet, but of course it will be useless once they've reached that point.

Recommendation Rate: 1/5
The speed stat affects the duration of Awakening mode in this game. However, to raise this duration you can just rather unlock Awakening Crests which give much longer bonuses instead.

Won't flinch if attacked by enemy while the character is attacking

Recommendation Rate: 4/5
The most annoying thing in this game would be having your attacks interrupted by the incessant enemy attacks. And this skill totally remedies that. Watch your HP on high-level stages though as you can still take a considerable amount of damage.

Won't flinch if attacked by enemy while the character is moving

Recommendation Rate: 1/5
Unlike Armored Blow, we see little merit in not flinching while moving. It would be much better to maneuver around enemy attacks to keep your taken damage ratio low.

Recommendation Rate: 4/5
A number of skills in this game require the Luck stat to have better effects, so this skill will be very useful to enhance those skills as well.

Raises the amount of gold obtained, has better effect with higher Luck

Recommendation Rate: 4/5
If you ever find yourself low on gold, this skill will help you rack up funds quicker. Anna also happens to have the highest Luck stat at max level. And added with the fact that archers are the best crowd clearers, you will definitely want to use her when farming gold. 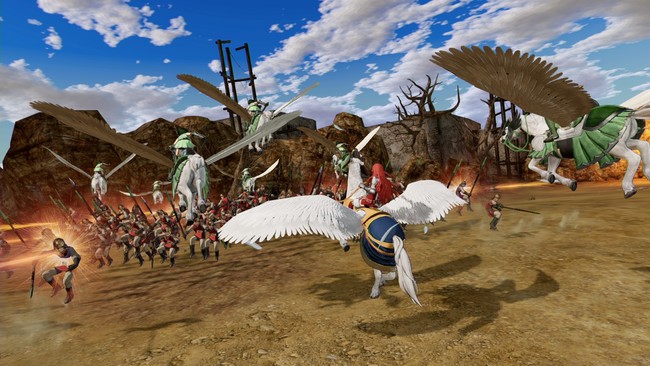 Our recommendations: the best skills for certain characters in Fire Emblem Warriors

After finishing the skill list above, we have come up with a summary of best skills that should be equipped to pretty much all characters in the game.

However, we also have some alternative skills for certain characters to consider.