Ever just want a mobile RPG to play for a few moments here or there? I love my portables as much as the next person, but I have trouble bringing it everywhere I go—namely, it’s pretty hard to pull out and play during lulls in the workday. But my phone is always there, and I find myself gravitating more towards mobile games for what I used portable systems to fill my time with. But, it’s not exactly easy to sift through the dirt for a diamond… that’s where Mobile Moments comes in! Mobile Moments will take a seemingly random mobile RPG from the Google Play Store and I’ll play it, and tell you if it’s worth your precious storage space.

This time we're looking at the Rick and Morty Pokemon clone, Pocket Mortys. Pocket Mortys is by no means a new game—it originally released in January 2016, two years ago, and for free no less! I remember my boyfriend playing the game when it first released on his tablet, and the screams of Mortys fighting each other filled the air and haunted my dreams. I decided to give the game a try myself for Mobile Moments, because it seems like the perfect title for RPG fans to have on the go… and a lot of people love Rick and Morty to boot. 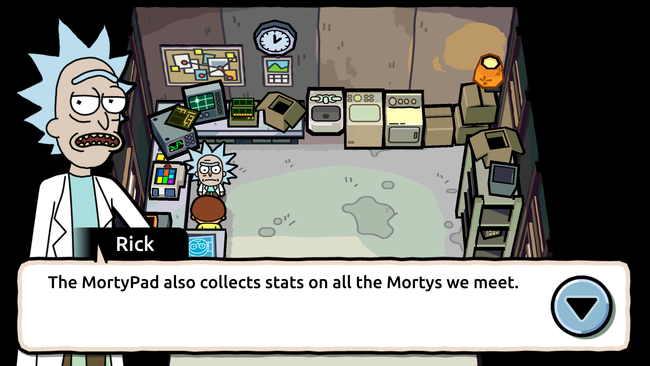 At its core, Pocket Mortys is a mobile game at heart. The title has a bit of a plot to it, but the objective is obvious—collect a party of Mortys to beat the Ricks of each world, eventually take down the most elite of Ricks, and get back to Rick and Morty's home dimension. Mortys are separated into four types (Rock, Paper, Scissors, or a lack of type), and weaknesses and resistances work with a literal Rock-Paper-Scissors format. Much like Pokemon, battles are turn based and the key to winning is exploiting weaknesses and having the proper team composition to do so.

This leads me to one of the bigger issues I had with Pocket Mortys—namely, that it's not all that easy to catch Mortys, especially early in the game. When I play Pokemon, I'm a "catch 'em all" type, I like attempting to collect every Pokemon I can in a game, even if I don't actually complete my Pokedex. At the beginning of Pocket Mortys, you're not really given any of the items needed to catch Mortys, as you're supposed to craft those items instead. You're not given the recipe, though, and the materials required aren't easily accessible early on. 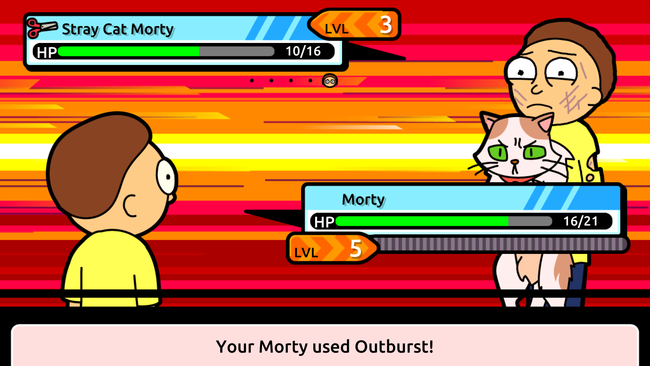 All of these problems do get resolved (you can buy the item at a premium eventually, and the crafting material is easier to find), but this does mean that you'll be working at a disadvantage a good portion of the time, without a full party of Mortys to work with. There is a way around this disadvantage, though, and that's to buy some tickets with real money. At $1 a piece, these tickets allow you to get a small set of useful items and a new random Morty. I decided to plunk down $5 to see if I could get my measly Morty party to standard, and it helped a lot—I was able to get a full party of Mortys, with at least one of each type. It seems a couple of them were pretty powerful to boot, as they really packed a punch. But, to me, it makes it feel as though to start Pocket Mortys off appropriately, I need to spend a bit of money to get a head start. I could go without, but with the game making it difficult to catch new Mortys, using the money to get a full party felt like the right way to go.

There are other oddly questionable decisions in Pocket Mortys' design, too. For example, after entering a new dimension, you cannot leave until it's complete, and there's no way to heal your Mortys aside from using items. However, if all of your Mortys faint, there's no real penalty—you're taken back to the healing center and you're able to keep making progress in the dimension. If that's the case though, why not just make it a bit easier to heal? 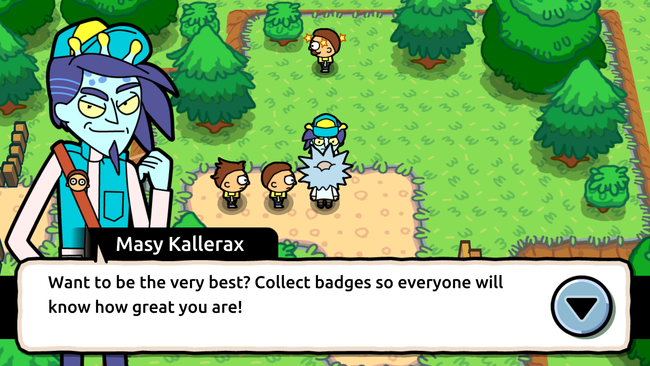 At the end of the day though, these are smaller complaints, that may or may not even bother you. At its core Pocket Mortys is a solid enough title, that distills the somewhat complicated Pokemon formula into something more simple. It makes the game perfect for quick gameplay spurts while waiting in line, or just to stave away boredom for a bit of time. I found it difficult to really play Pocket Mortys for an extended period of time, but that's not really a slight on the game itself—after all, most of us don't really play mobile titles for hours on end.

If you like Pokemon, or Rick and Morty (or both!) I recommend giving Pocket Mortys a try. You may find that some of the things I mentioned might annoy you, or you find them minor inconveniences at most. Since the game is free, if you haven't given Pocket Mortys a chance, there's really not much for you to lose. Pocket Mortys even continues to get updates two years later, with a multiplayer versus mode and new Mortys to collect. Either way, it's an ideal mobile title, perfect for quick plays.