Everything you need to know about Genshin Impact's Fishing feature.

Every summon in the 2D version of FF4, plus how to unlock them and what their powers are.

Everything new for the "Floating World Under the Moonlight" update explained.

Fantasian is a wonderful JRPG, even though the difficulty feels out of pace with the rest of the experience.

Square Enix's Takashi Tokita would like to create a Pixel Remaster or 3D remake of FF4: The After Years

news by Alex Donaldson and Kite Stenbuck on 14 October, 2021

Square Enix's Takashi Tokita would like to create a Pixel Remaster or 3D remake of FF4: The After Years

news by Alex Donaldson and Kite Stenbuck on 14 October, 2021

Why would such a simple Easter Egg be removed from the game's new 'definitive' version? We finally have an explanation.

news by Kite Stenbuck and Alex Donaldson on 14 October, 2021

From the developers of Genshin Impact.

One of the biggest names in video game music is no longer with us.

The mobile rework of Lineage II gets a release date.

The new mobile game is made by the same team behind Chain Chronicle.

The Mana mobile game narrows its release window and gets a minute more footage.

A bunch of information on the upcoming Tales mobile game, plus an anime adaptation. 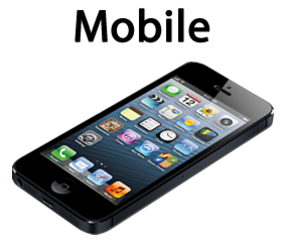 Mobile gaming spans a great number of devices and manufacturers, with each offering different specifications that allow different kinds of games to be played - now personified in the iOS, Android and Windows Phone formats.