Returning to Pokemon Go: Is it Worth it?

Like many, I jumped on the Pokemon Go train when it first released. There were a lot of problems with the mobile title at the time (how could Niantic not expect so many to download the game?), but it was still a blast to go outside and see a swath of people walking around, looking for rare monsters and Gyms changing hands every minute. Eventually, a lot of people got sick of the constant issues and the limited number of Pokemon to catch and dropped off... and I did as well. But recently the third generation of Pokemon have been added to the game, and I decided to give the game another try. A lot has changed in the passing years, but the core of Pokemon Go is mainly the same, for better and for worse.

The first thing I noticed about Pokemon Go when I booted it up is that… it booted up. While I shouldn't expect the game to constantly go into maintenance and have trouble loading over a year after the game first released, my mind was conditioned to expect multiple tries and shoddy 'not available' messages to pop on up. Nowadays just getting into Pokemon Go is pretty smooth, though sometimes it takes my GPS a while to catch up to my actual location. 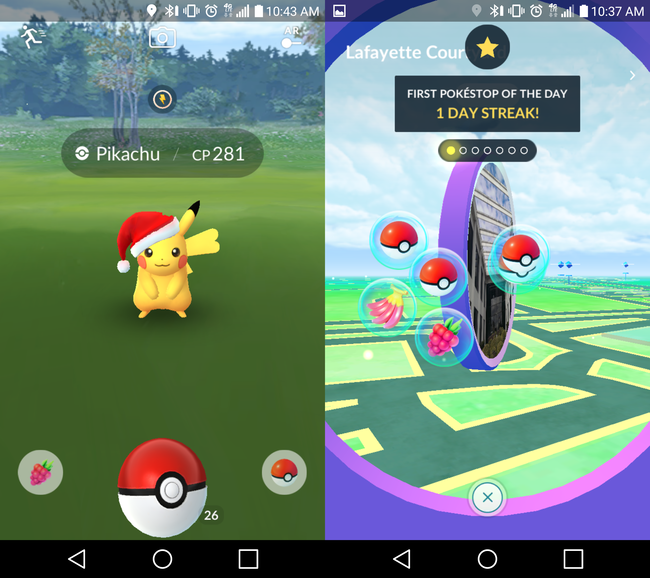 Generally, I find Pokemon Go's GPS tracking to be a little shoddy, and much hasn't changed in that regard. I generally thought it was my phone having an issue that would send my trainer running in lakes and somehow across town, but on using other apps for more important things, like getting directions, I have to wonder why GPS issues happen so often in Pokemon Go. It's mostly minor things, like the trainer drifting off the path I'm walking or walking out of the range of a PokeStop while I'm trying to spin it, but extended periods of GPS loss or failure to find my original location are prevalent enough to be annoyed by them.

Besides the mechanical aspects of Pokemon Go, the first thing I noticed is that there are a ton of changes to Gyms. Granted, that's not something most people would notice, but my office sits right on top of a Gym, so my Pokemon Go daily ritual involves taking down the IT team's Pokemon. As such, I'm pretty familiar with how Gyms work, and how frustrating they could be in the early days of the game.

First and foremost, battles are a lot smoother than before. Battles at first were glitchy and weird, and made Gym battles a bit unfavorable to the aspect of just catching them all. Now, battles run smoothly and special skills are easier to execute. In addition, Niantic made it easier to form parties to take advantage of the various weaknesses you'll be fighting against.

Gyms themselves are organized differently, too. It's easier to hold Gyms, with being able to use Berries to power-up and heal your Pokemon. At the same time, though, it's also easier for Gyms to change hands, with a hard limit on how many Pokemon can be in a gym at once, and the defenders losing CP after every loss, making them (temporarily) weaker. You can even get items from Gyms like Pokestops, though it's generally a lesser amount unless you level up your Gym Badge for that Gym (that's new as well) and your team holds the Gym. It all feels a lot more balanced, and Gym battling, even alone, was enjoyable.

Which is good, because let's face it—not as many people play Pokemon Go now as they did at launch. This is no surprise whatsoever, but I really enjoyed the social-ish aspect of Pokemon Go. People swarming the local parks, yelling about the locations of Pikachus and Abras, wearing their team colors and ganging up to take over Gyms. My few forays into the more Pokestop and Gym heavy areas in town were sadly empty, and while clearly there were a couple other people out than me as my lonely Valor gyms were taken over, but it was nowhere even close to the level it was before. 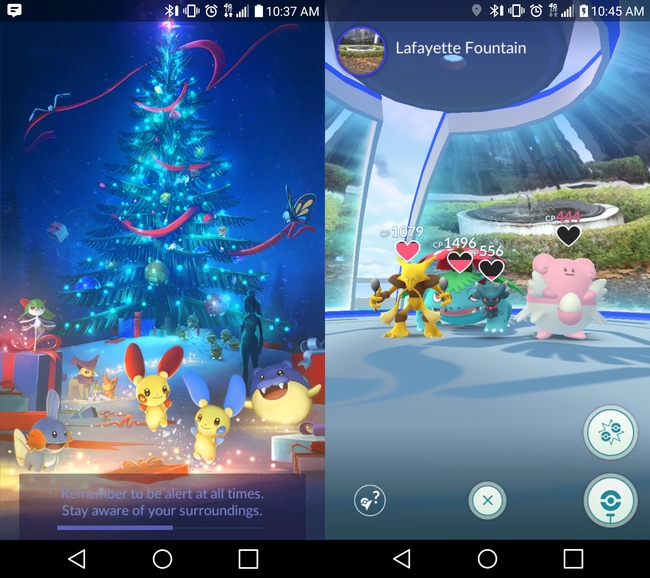 This leads to a problem with one of the new features, raids. Raids are essentially what you expect if you've played an MMO—team up with a bunch of players to take down a superboss with a CP that's much higher than anything a single player could have. Raids give players the chance to beat and catch rare and powerful Pokemon, including legendaries. However, if you can't get a group together to fight a boss, then you can't get the legendaries. I've seen Groudon raids a few times while I was playing, but with a CP upwards of 50,000, no way would I be able to make a dent in its health (believe me, I tried). However, I never saw anyone ever actively working on a raid, not even lower CP ones. It's a little sad, as it's a neat concept, but it came too late for players to actually take advantage of it.

From here, it's mainly smaller updates to Pokemon Go that are nice, but not particularly game-changing things. Weather can change what Pokemon appear, but not to an incredible extent. There are now daily streaks for catching Pokemon and visiting Pokestops that, after 7 days, you'll get some awesome experience and items bonuses. Eggs are now colored so you can easily tell how many kms you'll need to hatch them, and special incubators that cut down the km cost by a third. With three generations of Pokemon available now, the variety of monsters is enough that you're not catching Pidgeys and Rattatas all day. Oh, and there's a Mimikyu hat to wear now, so that's great. 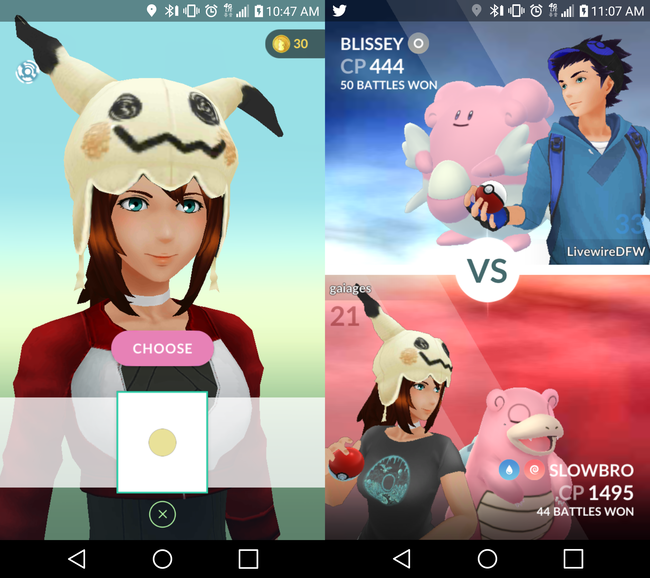 It's a little hard to judge, though, whether players should flock back to Pokemon Go. There are some good upgrades there, but at its core, this is the same game. Depending on your gripes of the game, there's a good chance you still might have to deal with those issues. One of my bigger problems with Pokemon Go, besides the technical issues, was that it was difficult to grind out candies to evolve harder to find Pokemon in the area. While there's a Berry that doubles the candy you get from a catch and a 'partner' Pokemon you can assign that gets candy as you walk, I still don't think the changes were enough to really mitigate the grinding. Additionally, those that live in lower population areas with a lack of Pokestops and Gyms may still have that problem—while I noticed a couple Pokestop changes in my area, I didn't really see a lot added to residential areas, and that's going to affect a number of players in terms of grabbing items.

At the end of the day, though, Pokemon Go is free. If you were someone that tried it during launch, dropped off, and are interested again, there's no harm in giving the game another try. There's a number of changes that can really up your enjoyment of the interesting title, and although it's far from perfect, maybe the game can grab your attention again for a while, as you catch a variety of new Pokemon and play around with the new Gym system. 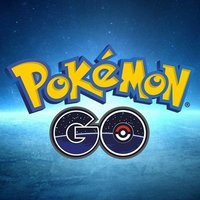