Dissidia Final Fantasy: Opera Omnia is a delightful, easygoing turn-based RPG for iOS and Android devices. It brings over the familiar Bravery and HP attack systems that the Dissidia series is known for into a more traditional RPG format.

Like with most other games of its nature, Opera Omnia has a gachapon that allows players to obtain new weapons and armor with gems. Players can obtain every character in the game by progressing the story and through limited-time events. Thankfully, Opera Omnia is relatively more on the gratuitous side when it comes to handing out free gems for new accounts.

As with all smartphone games of its nature, the true charm lies in powering up your favorite characters. It’s not often that you see Penelo, Laguna, and Steiner all in the same game so if your heart is dead set on having them be your powerhouses, you should absolutely aim for their best initial equipment from the start.

How to reroll in Dissidia Final Fantasy: Opera Omnia

Upon starting the game and completing the initial set of tutorial battles, you’ll be rewarded with a Tutorial Draw Ticket after Stage 1-4: Prairie Winds Pt. 4. You’ll be guided to the Draws/Shops section and have the opportunity to roll for a 5-star weapon for one of the three starting characters: Warrior of Light, Vivi, or Rem.

From there, complete the entirety of Chapter 1: Primus Island and you’ll be awarded with a whopping 10,000 gems. If you hopped into the game in its starting weeks, you’ll also have another 5000 gems on hand thanks to its pre-registration campaign rewards. 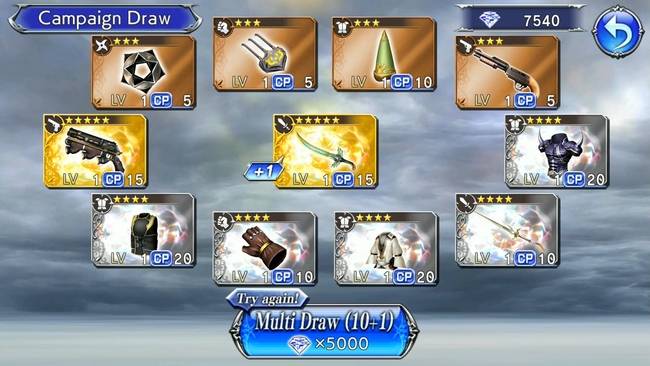 The nice thing about Opera Omnia is that every Multi Draw guarantees you at least one 5-star weapon. You’ll receive ten weapons, plus an extra one that will always be a 5-star rarity; if you’re lucky, you’ll get even more than that. Opera Omnia has fairly decent percentage rates for its highest rarity stuff boasting a 5% chance to get them normally. It may seem tiny at first glance, but it’s a big step up compared to the rates of other competitors.

Feel free to spend the free 10,000 - 15,000 gems you have upon chapter 1’s completion and cross your fingers that you get the weapons of your favorites.

If you don’t get them and want to start over, here’s how to quickly make a new Opera Omnia account on each device in order to reroll:

Android - Go to Settings, Apps & notifications, App info, and choose OperaOmnia. Now select Storage and then Clear Data. Now you’re ready to boot up the game again without having to redownload it from the Google Play store.

iOS - You’ll have to completely uninstall the OperaOmnia app and redownload it from the App Store.

Each reroll attempt should take approximately 15-20 minutes depending on how fast the download goes when you start a new game in Opera Omnia. You can completely rely on the Auto-Battle feature all throughout chapter 1 except for the few big boss encounters.

Now if you’re completely lost on who to use and want to know the characters that decimate the game, we’re here to help with that too. Before we hop right into that, it’s important to understand why 4-star and 5-star stuff is so valuable beyond just their stats.

Opera Omnia has many weapon types including staves, greatswords, guns, and so on. When you pull a 4-star or 5-star weapon, any character can wield it as long as it’s a corresponding type - Zidane can use Rem’s 5-star weapon, Survival Edges, because they both use daggers. 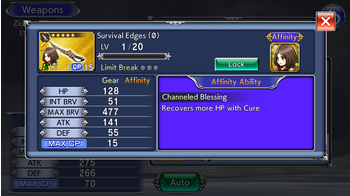 The key element that truly makes 5-star weapons valuable are their Affinity Ability with the character they’re meant for. Survival Edges makes Rem’s Cure ability more potent when Rem herself wields them; obviously, this means nothing to Zidane because he doesn’t have Cure. This same principle also applies to 4-star rarity equipment as well.

If you happen to obtain a duplicate set of weapons or armor, you can Limit Break them by fusing them together. Limit Breaking not only increases that piece of equipment’s level cap and stats, it also raises their CP. This gives more space to equip more passive abilities on your character as they acquire more through Crystal Strengthening.

To sweeten the deal even further, fully Limit Breaking a 4-star or 5-star weapon/armor will have the corresponding character permanently learn the Affinity Ability associated with it. They can now equip other pieces of equipment without losing that specific Affinity Ability.

Fully Limit Breaking something to its max potential requires four of the same weapon or armor. In order for Rem to permanently learn the Survival Edges’ Affinity Ability, a player would need to have an additional three Survival Edges to infuse into it to max Limit Break it. 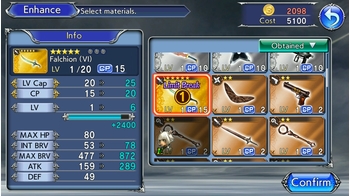 If you bought a physical copy of Dissidia Final Fantasy NT, it comes with a code that works on the Android version of the game. This code comes with some very valuable goodies including an outstanding 5-star weapon for Cloud and four Power Stones that let you Limit Break any 5-star weapon of your choice once right away. iOS players who want to retrieve this code unfortunately have to resort to transferring their accounts to an Android emulator, using the code, and transferring their Opera Omnia accounts back to the iOS version.

Opera Omnia launched in Japan a year ago, so we have a pretty good idea on who is good now and who’ll be good later. Several characters got balance improvements that made them amazing several months in. The English release of Opera Omnia features incarnations of characters that haven’t gotten their buffs yet - but they’ll get there eventually!

Here’s some characters that are currently the cream of the crop. These are the ones that’ll give you the edge right away. 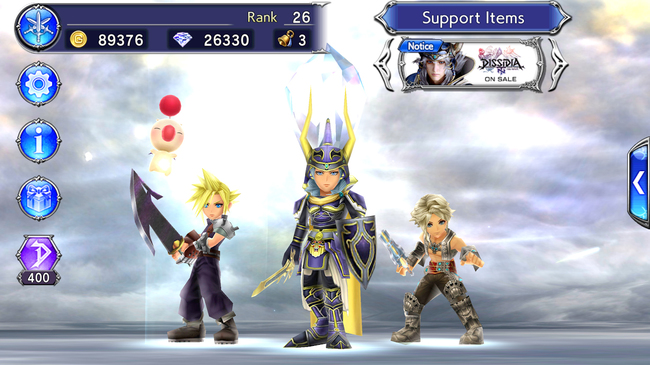 Cloud is an outstanding character to focus on immediately. If you have his Buster Sword NT Ver. 5-star weapon from the Dissidia Final Fantasy NT code, he is even more devastating. His Cross Slash skill is invaluable; it has a chance to inflict Paralysis on enemies which negates their next turn. If you want to turn Cloud into your star right away, try to max Limit Break his Ogrenix 5-star weapon to keep its Affinity Ability and equip the Buster Sword NT Ver. for insane damage.

Vaan is as much of a powerhouse in Opera Omnia as he is in NT. His two HP skills do a lot of Bravery damage before initiating his HP attack. After two uses of each of his Red Spiral and White Whorl skills, they initiate the Whiteout and Luminescence attack extensions upon the third use which squeezes out even more Bravery damage before depleting a foe’s HP. Needless to say, he’s incredible at dealing huge damage consistently.

Warrior of Light is your go-to guy for tanking. He neutralizes threats by either throwing up a barrier to protect a character’s Bravery with Shine Shield or keeps an opponent’s attention on him through Throw Buckler. The first main character of Final Fantasy ensures that your opponents won’t inflict a Break on your party.

Cecil is a good alternative to Cloud if he fits your fancy more. His skills do consume a bit of his HP every time you use them, but the damage he outputs justifies it. If you’re worried about your score and the additional objectives of not taking a certain amount of HP damage, worry not - the HP that Cecil sacrifices for his skills are not counted against you for them.

Y’shtola is another character that keeps your party’s Bravery values healthy thanks to Medica II. She’ll give the party an impressive amount of Bravery as long as her own Bravery is relatively high. Stone is also a handy skill thanks to its ability to delay an enemy’s turn back by one.

These five are generally good, solid, all-around characters to play around with. Of course, future events in Opera Omnia will give boosts to other characters and feature enemies that are weak to them. There's no definitive one-size-fits-all situation in Opera Omnia; feel free to mix, match, and experiment!

Dissidia Final Fantasy NT Summons guide: how to summon, and what they all do 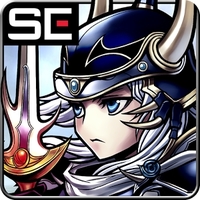