Monster Hunter World Mantles: every mantle, what each does and how to unlock them

Whatever you might've heard in certain hero-based movies, Capes are cool. Mantles in Monster Hunter World are basically that - cape or cloak-like items that hunters can wear that not only add a bit of extra fashion but also can provide unique temporary buffs to hunters.

Mantles are unlocked as you progress through the game, and few of them are actually enforced by Monster Hunter World's critical path. On this page we'll detail every single Mantle in the game, what they do and how to get them, including some of the really useful ones for later on and harder fighters like the Rocksteady Mantle and Impact Mantle. So - here's where they all are! 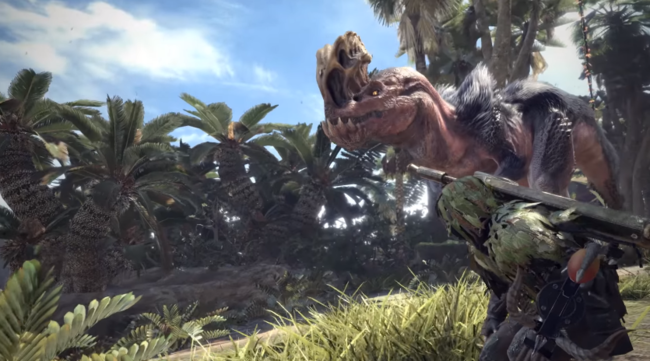 Monster Hunter World Mantle Guide: all mantles and how to unlock them

Mantles can make a serious difference to your abilities in Monster Hunter World - and in a pinch the right mantle can absolutely save your hunter from embarassingly losing a life or even lure the enemy away from a team mate about to get downed in online multiplayer. Here's a complete list of them, plus where to find them...

The Ghillie Mantle will be the first that you unlock, and it works like a real-life Ghillie Suit, making you basically invisible to monsters. Enemies won't attack while this mantle is active, but attacking or being attacked yourself will instantly remove its effect. It's automatically unlocked as you progress Monster Hunter World's story.

The Glider Mantle does exactly what you'd expect, allowing you to glide while jumping or ride air currents higher. It works a little like a squirrel suit, and is useful both for travel and combat. This mantle unlocks automatically as you progress the story assignment quests, and unlocks shortly after you reach the Coral Highland area.

The Apothecary Mantle increases status accumulation for a short time when used. To get it, you simply need to fully research 10 monsters (to check your progress, check your monster field guide) - at that point the lady at Astera's armory will give you a quest that has this mantle as its reward.

The Immunity Mantle nullifies or removes any abnormal status effects as long as you have it on, making it easy to survive some really nasty ailments. This is earned when you've fully researched 15 monsters - so as above, research, track, capture, keep your eyes on the field guide and visit the lady in the armory once you fulfill this requirement.

You'll get your hands on the Vitality Mantle after completing the quest 'Into the Bowles of the Vale' a quest that'll pop up for you in low rank. Once you've completed the quest and killed the Odogaron, speak to the Field Team Leader - he'll give you the mantle. This mantle negates a certain mount of damage for you, making you briefly invulnerable.

The Impact Mantle is a really useful one, adding a status effect of exhaustion and stunning to your attacks. It'll even improve the effectiveness of weapons that already have this impact on enemies to begin with. To get it, hunt five unique tempered monsters that are counted as 'threat level 1' - for instance Pukei Pukei, Anjanath, Tobi-Kadachi, Barroth, Rathian or Radobaan.

The Rocksteady Mantle is absolutely enormously useful in the later stages of the game since it provides protection from damage reactions, meaning you don't  flinch as you take damage. It also protects your hearing, grants resistance from tempor and wind elemental attacks and even gives you a general defense buff. It's hard to get, however - you must be Hunter Rank 50 and finish the optional quest "A Summons from Below", and once that's done you'll need to hunt three unique tempered elder dragons to get this as a reward.

The Evasion Mantle's purpose is pretty obvious - it helps with evasion! It does this by increasing the window of how long evasion is, and grants a little attack boost every time you manage a well-timed, last-minute evade. To get it, you need to hunt seven unique tempered monsters but this time from the 'threat level 2' category - like Bazel, Diablos, Black Diablos, Legiana, Odogaron, Rathalos and so on.

The Challenger Mantle is great for multiplayer when you want to take on a tank-like role, since it encourages monsters to target you. Be aware that as soon as you take damage its effect is removed. This lets you lure them to traps or keep your teammates safe. To unlock it, complete the optional quest 'The Red and Blue Crew' when it crops up.

The Bandit Mantle causes monsters to drop rare trade-in loot that you can then sell more often. This is great for farming on high-end creatures. To get it, complete the 5-star quest 'Redefining the Power Couple'.

More mantles after the break, but don't forget our Monster Hunter World guide can give you even more of a leg up:

As you'd expect, the Fireproof Mantle reduces damage from the fire elements, and it actually makes you entirely immune to the fireblight status ailment.  To get it, complete the 'A Fiery Convergence' quest when it pops.

Another element-focused mantle, the Iceproof Mantle improves your resistance to the ice element and also makes you completely immune to iceblight. Get it by completing a bounty that's titled 'Armory R&D: Weatherizing'.

The Waterproof Mantle is another major elemental resistance one, and as you'd expect it ups your water resistance and makes you immune to waterblight. This one has a bonus, however - you'll move faster through deep water and waterlogged areas like swamps. To get one for yourself, complete the bounty 'Armory R&D: Waterproofing'.

The Thunderproof Mantle is the final element themed mantle, and it does the obvious - improves your thunder resistance and makes you immune to both thunderblight and shock. To get it you need to complete the five star quest 'Gone in a Flash', though be aware to get this quest you'll need to complete the various optional monster capture missions - once you do, this quest will become available.

Monster Hunter World Hunter Rank Guide: how hunter rank works and what it means to you

Monster Hunter World Herbivore Egg & Wyvern Egg Quests: where to find monster eggs and what to do with them

Monster Hunter World Affinity Guide: what is affinity? How this stat works and how to raise it