Now, don't get us wrong: we generally speaking would recommend you don't cheat. POE2 is designed in such a way to be fair, and with a balanced choice of companions in your party, your ability to turn on level scaling and respec characters to better fit your gameplay style of choice will go a long way to help ensure the game never gets quite too difficult - but if you still wish you can totally open up the console commands and put in certain commands to give yourself a leg up. Once you have a few achievements you can also use Deadfire's Blessings system to change things up. Console Commands are the closest thing you're going to get to cheats in POE2, however.

But to use them, you'll need to know how they work. On this page, we're going to detail how to use Deadfire's console commands and what you can input there. Let's do it.

Once your Pillars of Eternity 2 Deadfire party good to go, here's tips for other aspects of the game: 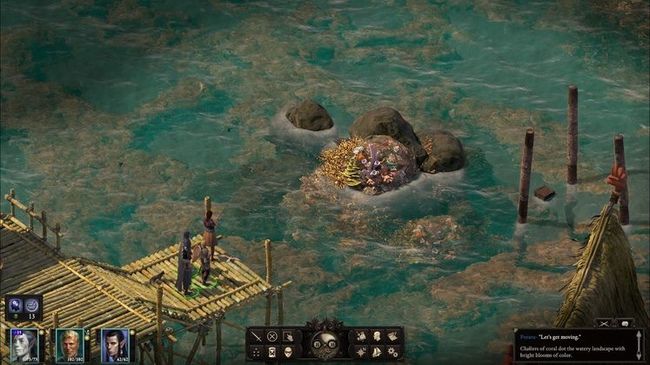 First up, you'll need to actually open the console up. The console can be accessed at any time in Pillars of Eternity 2 - you mercifully don't need to go editing ini files like with some games. You should keep in mind that using console commands will disable achievements, so that's the price you pay for using commands that are essentially cheats.

If you don't care about achievements, open the console by pressing the Tilde (~) key. You need to enter a special command to allow cheats to work, and it's a good old pen-and-paper RPG reference, because of course it is. To unlock cheats, type in: iroll20s

Once this is done, all the following cheats below can be used by simply typing in their command as featured below. To disable commands again, simply insert the iroll20s command again and it'll turn them back off. Here's all the commands:

Finally, there's three special commands that unlock a few different Cosmic Pets you can equip. Unlike the other console commands, these do not disable your achievements as they don't give you an unfair advantage.

Pillars of Eternity II: Deadfire to have a physical version