If you're a more hardcore fan, you probably know all about Pokemon Natures. While Pokemon Let's Go Pikachu and Pokemon Let's Go Eevee are somewhat simplified from traditional core entries in the Pokemon series, natures are still there and having a big impact on battles behind the scenes. Naturally this means you might wonder: what's the best nature for Pikachu or the best nature for Eevee as your starter and partner Pokemon? Well, read on, dear trainer...

If you don't know about Pokemon Natures, here's a quick primer: Pokemon Natures are behind-the-scenes stats, with this one describing your Pokemon's personality to a degree. Each nature will increase or decrease certain stats, which of course then has a knock-on impact on battle. A Hasty nature Pokemon will have higher speed, for instance, but they'll trade that off for lower defense. A Naughty nature Pokemon will have higher attack, but lower sp. defense.

As such, hardcore players may want to reset their save a couple of times until they land the nature they want for their partner Pikachu or partner Eevee, a key Pokemon that'll be with you all game. It's worth noting that Pokemon Let's Go is more generous than most games: in stat terms, your starter partner Pokemon is guaranteed to be of a good quality, but the nature remains entirely random. So - which nature is best?

If your partner's nature is set and good to go, how about another starter? Check out our guide on where and how to catch Bulbasaur, Charmander and Squirtle early on in Pokemon Let's Go. 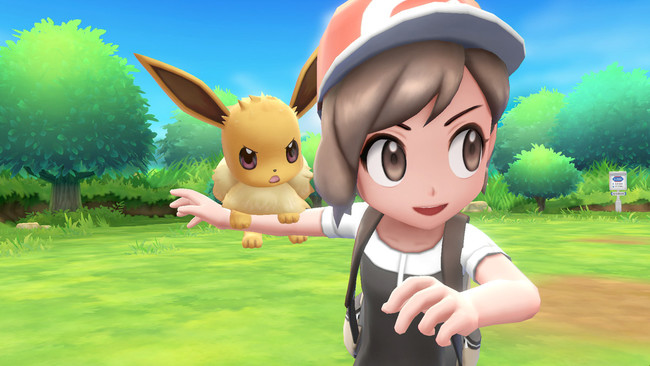 Given that the partner Pikachu can pick up some exclusive new moves, two of which are physical, it might be tempting to pick up the physical attack boost natures - the new physical move Zippy Zap is particularly powerful. On the flip side, Pikachu tend to be quite a well balanced species stat-wise, but lack speed thanks to their pudgy, mousy state.

You should consider your nature based on your intended move set, too. While there's no specific right or wrong answer in the natures game, we'd recommend a few natures for a Pokemon Let's Go Pikachu starter partner:

Much as with Pikachu, the starter Eevee in Pokemon Let's Go Eevee has some exclusive new moves that can only be learned by it - and this has an impact on your intended natures. In particular, the Sizzly Slide move that Eevee can learn is a high quality physical move that has a strong chance to burn, but Eevee does have some great special attack moves too. Remember that this Eevee doesn't evolve, but it has unique access to a slate of elemental moves to compensate.

The natures situation is less clear-cut with Eevee than with Pikachu, for our money - but we still have some recommendations based on Eevee's potential move set. Remember, there is no right answer - and honestly, the boost from natures is so mild that just about any will work out just fine: