The most significant change in Pokemon Let's Go Pikachu and Pokemon Let's Go Eevee is the switch from the traditional fight-and-catch system for wild Pokemon encounters to a simpler, more streamlined catching mechanic partially borrowed from the mobile smash hit Pokemon Go. This system isn't completely basic, however - and one major new addition to add a little complexity is the new catch combo mechanic.

Catch combos can seriously change the way you catch Pokemon in this new, re-imagined version of Kanto. It's basically a combo streak of Pokemon catches; now that catching Pokemon is quicker, you can catch many in quick succession and Let's Go actually encourages you to do so. 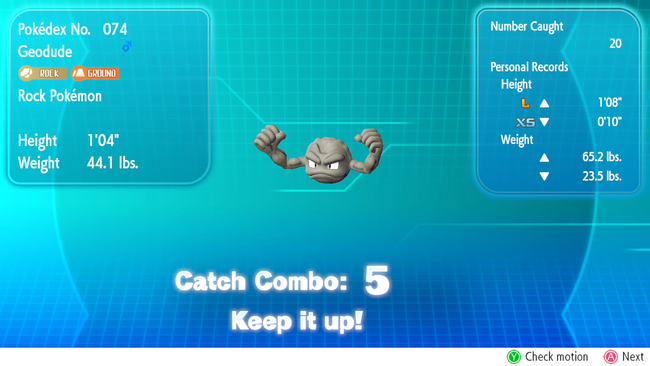 Okay, so, before we get down to the rewards for this new system, let's just define how a streak works and how it can be broken. There'd be nothing worse than breaking a catch combo accidentally and having to start over to get the benefits and rewards from the combo - so let's lay it out nice and simple in that time-honored tradition, a list. 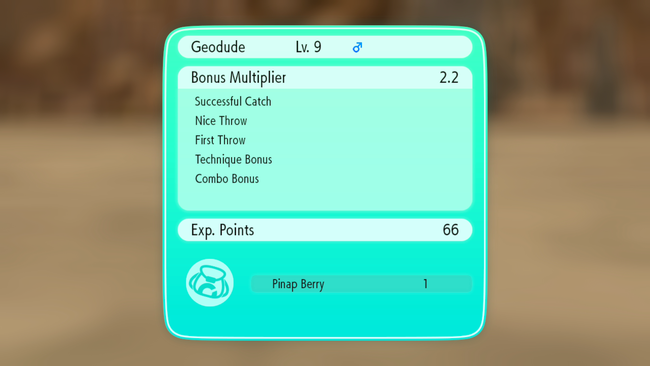 Okay, so here's where we get to the meat of the matter: racking up catch combos in Pokemon Let's Go is well worthwhile because it has some seriously impressive rewards. The rewards break down into a few key categories, giving you the chance to catch more powerful Pokemon with better IVs, an improved change of catching Shiny Pokemon, plus a higher rate of Rare Spawns. On top of all that, you get extra items with each successive combo catch, too. Here's the rewards broken down into another handy list: