Much like the original Monster Hunter World release, Monster Hunter World: Iceborne includes some new rare endemic life for players to capture for their room and to unlock some trophies/achievements. One of these additions is a little different from the rest, though - the elusive Moly can only be found past the game's credits in The Guiding Lands, and will spawn in a specific place in each of the maps 4 regions. Players will have to capture a Moly in each of these regions as well as a Rocky Moly in order to unlock the Creatures of the Earth Trophy/Achievement.

Where the Moly Will Spawn in the Forest Region 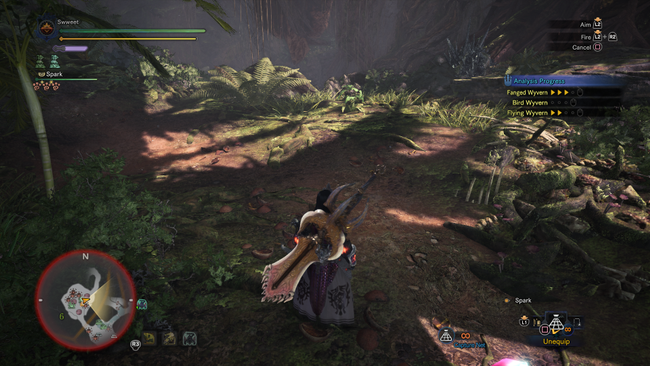 The first Moly spawn point is in Area 6 for the Forest Region. They'll spawn at the above location, which is near the northern exit for the Area. They most likely won't spawn when a large monster is around, so keep that in mind!

Where the Moly Will Spawn in the Wildspire Region 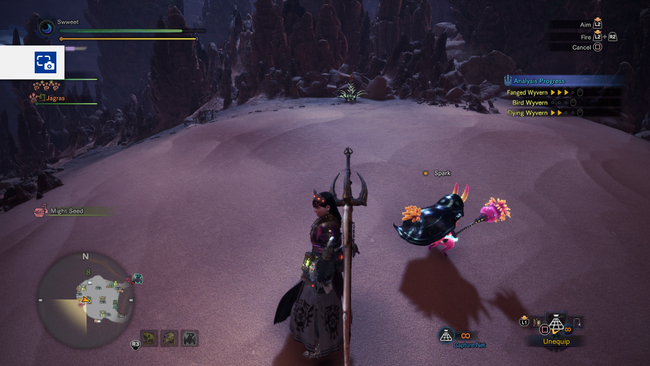 The next Moly spawn point can be found at Area 8, near the top of the Area's slope. Much like in the Forest, if there's a large monster around - they probably won't spawn.

Where the Moly Will Spawn in the Coral Region 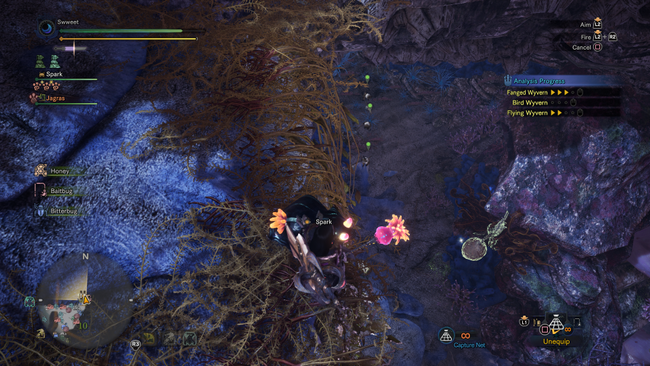 Moly are by far the easiest to spot when they're spawned in the Coral Region, as they'll be lounging around Area 10 near the region's fishing point. They will not spawn if there are any Grimalkynes hanging around the area.

Where the Moly Will Spawn in the Rotten Region 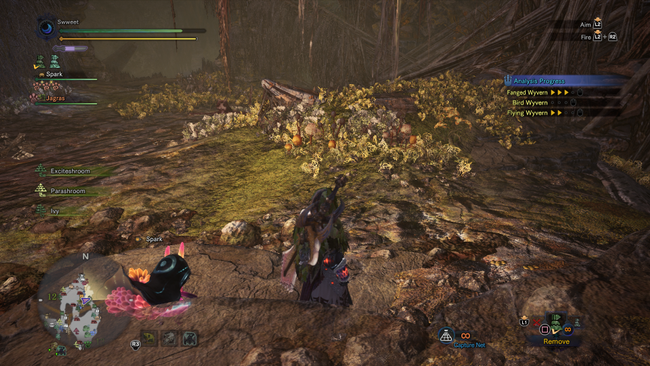 This is by far the hardest Region to spot a spawned group of Moly in. The little buggers are Yellow-Orange, and they'll blend right into the Yellow flora that covers this mound of bones - which, coincidentally, is right where they'll spawn. As with the Forest and Wildspire regions, they won't spawn whenever a large monster is nearby. You'll find them at the above spot in Area 12. 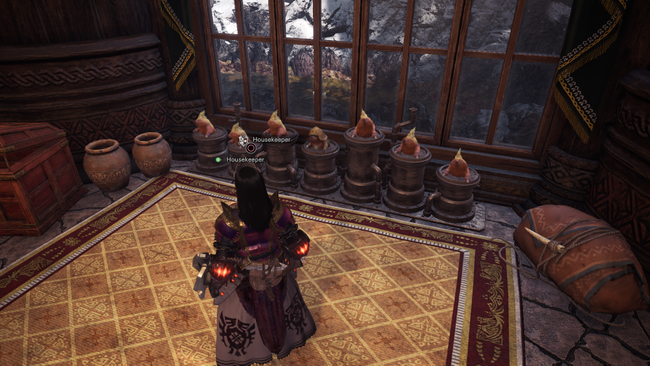 Moly are rare, they don't have any particular time of day that they'll spawn at - but even if there aren't any monsters around, you might not find any upon first spawning into the map. To make things easier, go searching whenever the Felyne Biologist Daily Food Skill is active, as it'll make rare endemic life more likely to spawn. Additionally, complete all of your Grammeowster Delivery Requests, Canteen Optional Quests, and gather all of the rare Butterbur and Frozen Foliage gathering point drops in the Hoarfrost Reach. The new Trailblazer food skill items will grant you Felyne Zoomaster if you can eat a full meal of 6 Trailblazer food items, which will also increase the chance for rare endemic life to spawn. When gathering Butterbur and Frozen Foliage for the canteen items, remember to check the World Map for Upsurges and Flourishing before heading out - some Butterbur and Frozen Foliage items won't drop unless they're buffed.

Rocky Moly, which seemingly are required for the Trophy, will have a sort of helmet on its head. So keep your eye out when capturing Moly! They're particularly quick, too, so be careful when going for the capture. Good luck, and Happy Hunting!