Dragon Ball Z: Kakarot: Z-Orbs, Zeni and D Medals explained and how to farm them fast

Along with all the other systems Dragon Ball Z: Kakarot piles upon you, there are also multiple different types of currency for you to keep an eye on. This guide will tell you what each one is, as well as the fastest way of getting each one. For some of the late game stuff, you’re going to need it!

First up and most simple of all is Zeni. Zeni is the monetary currency in the Dragon Ball universe, so you’ll be using it to buy items from shops. Zeni is rewarded for doing missions and for selling items, and towards the end of the game it’s your best bet for having enough healing items.

One of the fastest ways to earn money is by selling any “Fancy” items in your inventory to any shop. These items have no other use but to be sold, and even selling just a few will net you ten-thousand Zeni each time. The best way to earn a large amount of Zeni at once is to use the Dragon Balls. One of the wish options gets you 50,000 straight away, which is a pretty good amount. It’s good to remember that during the second interval you’ll be able to make three wishes from Shenron, so using one of them on Zeni won’t feel like a waste. 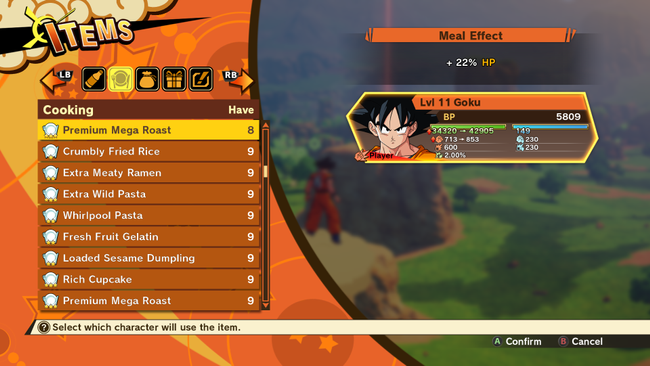 Z-Orbs are the next type of currency in the game and they’re used for buying skills in the skill tree. There are 6 different colours for them and they can be found all throughout the game world, as well as being given out for winning fights. Getting them should be incredibly easy even without trying. By the end of my playthrough I had more than enough to get the skills I wanted without ever needing to grind.

If you do find yourself needing more there are a few good ways to go about it. For one, you can just fly around and hoover them up. They are literally everywhere and they respawn every time you leave an area so you don’t need to worry about them running out. A particularly good method is to go through airways. Airways are the wind tunnels throughout the map and flying through them without boosting will lead you on a path with tons of the orbs. Keep an eye in the sky for ‘phantom’ airways. These golden circles don’t show up in the same place and flying through them will give you much more Z-Orbs than the normal ones will.

Much like with Zeni, you can also use the Dragon Balls to wish for a large amount of Z-Orbs at once. This is a good way of getting them, but if you’re looking to complete everything it might be best to use them for reviving dead warriors. 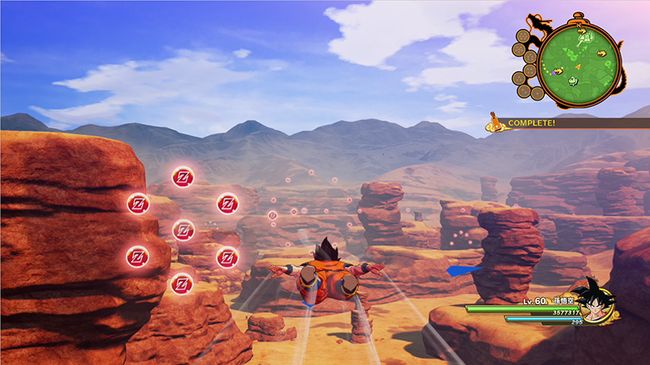 D Medals are the last currency in Kakarot and they’re probably the most annoying to get. You use these to learn new moves in training, and they’re given out pretty sparsely. For some of the more powerful moves, you’re looking to spend ten D medals each time, and when there’s four playable characters that’s going to get expensive very fast.

One way to get them is to find them around the world, appearing as gold shimmers on the ground when sensing Ki. They are also given out for completing side missions but both of these methods will usually only give out one at a time, so it’s not the recommended way of doing it.

A good way of getting them fast is by completing Master Roshi’s Turtle School training. Not only will you net a lot of different items at the same time, but you’ll also get D Medals in abundance. The best thing about this method is that even without actually paying attention to what Master Roshi wants you to do, you’ll end up doing it with ease. Most of his challenges are stuff you’ll be doing naturally like collecting orbs, so it’s a bit of a joke really. Just return to him every so often and you’ll find yourself a lot richer. 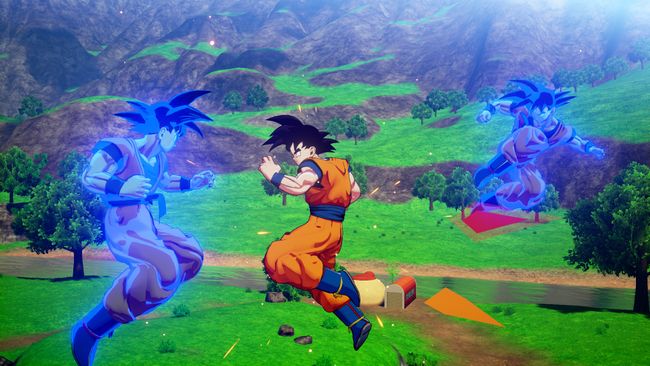 By far the best way of getting D Medals is by filling out the Z-encyclopedia. Besides being a handy source of information and trivia for Dragon Ball fans, each entry you fill out will get you a D Medal. Once again the game only gives you one each time but in this case its per entry, so that will fill up extremely fast.

A lot of the encyclopedia entries fill up from progressing the story, but there are a few you’ll have to put effort into yourself. Finding memories will always unlock an entry, and interacting with animals like dinosaurs and fish will also add up fast. It’s certainly a better way than just searching around on the floor. Unfortunately you can’t use the Dragon Balls to wish up a bunch of D Medals, which is a shame considering they are by far the most helpful out of all the currencies.

Dragon Ball Z: Kakarot - How to revisit missed side missions