Dragon Ball Z: Kakarot: Where to find the Dragon Balls and what each wish means

One of the staples of Goku’s adventures are the Dragon Balls themselves, and Dragon Ball Z: Kakarot makes sure to include them as such.

The Dragon Balls become available for the player to find and use during the intermission of the Namek Saga. During intermissions they’ll scatter to a new location after use and become usable again after 20 minutes.

Finding them is incredibly easy. Rather than following the Dragon Radar’s pinging noise like in other games, they simply appear on the map, often flashing in and out. They’ll be scattered all across the world, but you’ll be able to see which area they’re in from the world map menu. Getting close to them will make that iconic Dragon Ball noise, so you’ll know you’ve found them. 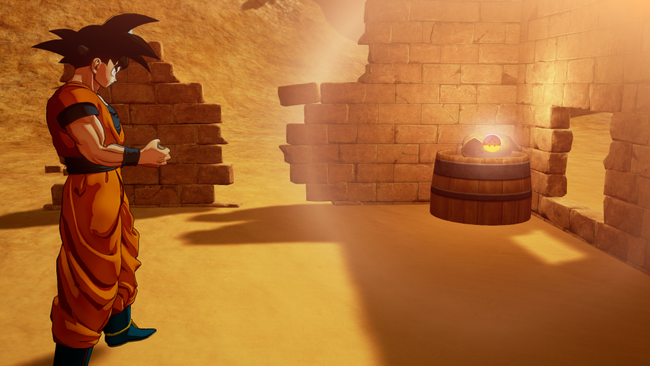 As a bonus tip, during the Cell Saga intermission, Dende will upgrade the Dragon Balls which gives you three wishes instead of one. That means it makes a lot more sense for you to do all Dragon Ball hunting after that point to minimise how many times you need to collect them.

So after all that searching what can you use the Dragon Balls for? You can use them for three specific wishes:

Although the amount of materials granted by the Dragon Balls is pretty good, that’s a complete waste of your wishes. The real point of using them is to revive the dead warriors for new side-quests. If you choose to revive a warrior, they’ll appear as a new side mission in a section of the map. Once there you’ll have to fight a levelled up version of them as a specific character. Doing so successfully will complete a side-mission, and give you their Soul Emblem for the Community board.

The full list of people you can wish back with the Dragon Balls is as follows:

Most of these fights won’t give you much trouble after beating the game, but a few are fairly high levelled. If you need to grind a bit, finish off some side-missions or try and beat some of the villainous enemies around the map.

It’s best to do all of this once you’ve rolled the credits on the main game, as you’ll be able to grant three wishes from Shenron, will be higher-levelled for the fights and will be able to wish back everyone, rather than being gated by the story.

Dragon Ball Z: Kakarot: Z-Orbs, Zeni and D Medals explained and how to farm them fast