The final chapter of the Arland series lands in September

Check out the Vita port in motion.

Even more Atelier Meruru Plus screenshots

How many costumes does one alchemist need?

Check out what the latest alchemic adventure has in store. 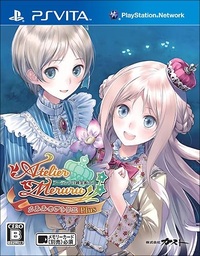