After being two days late and losing a day next week due to Live being upgraded, PSU has finally hit the marketplace.

Sega have announced the pricing fees for their 360/PS2/PC MMORPG.

The 360 version of Phantasy Star Universe gets official dates in all three regions...

Xbox 360 gets PSU in December

Phantasy Star Universe is set to hit Microsoft's Next Gen Console before Christmas... 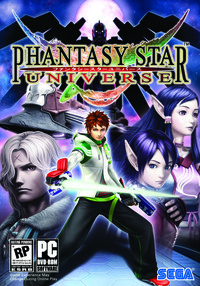