As well as getting hands-on time with the game at E3 2010 in private, we also got the chance to chat to Final Fantasy XIV Producer Hiromichi Tanaka about the game as it approaches its open Beta.

Tanaka was able to shed light on the possibility of an Xbox 360 version, the importance of story to Final Fantasy XIV, how they’re escaping role playing conventions and more. Check out our Q&A below, and check out our impressions of the Beta version of the game through this link.

RPG Site: We may as well start with the elephant in the room; when it was first announced last E3 and then again at GamesCom there was talk of PS3 and PC and the lack of a 360 version, especially because in prototype stage this game was referred to as a PC and 360 title. Last year you told me that you were ‘looking into it’ – has anything progressed here, or is it not going to happen now?
Hiromichi Tanaka: Currently there are no plans for a version for the Xbox 360. We are still talking with Microsoft about an Xbox 360 version, but at the moment we are only working on the PS3 version and Windows version. 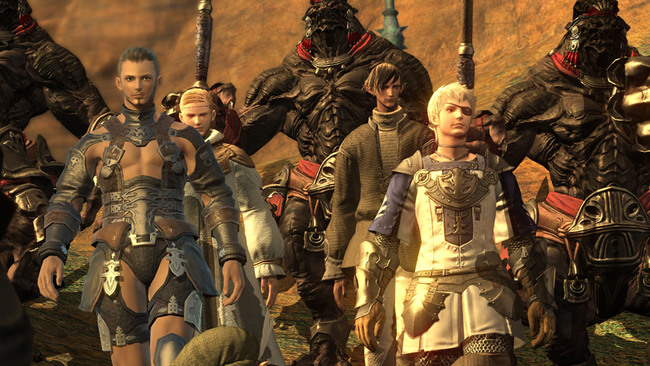 RPG Site: The Online Role Playing Game Genre is Burdened by Conventions, perhaps more so than any other current videogame genre – how do you plan to renew online gaming with FF14. Are there going to be any radical changes? If so, why?
Hiromichi Tanaka: The game has two unique points: the first is the game’s class system, which allows players to switch between different classes at any time by switching equipment. Also, by combining the different abilities you’ve learnt with different classes you can get different effects, which is unique. There’s also the GuildLeve system which allows players to enjoy the game solo or with a smaller amount of people and scale quests to suit them. I believe that is very unique.

RPG Site: Earlier in your career you developed the Seiken Densetsu series – those games emphasized player co-operation and exploration throughout. How much do you think that experience helped you personally when creating Final Fantasy XI and XIV?
Hiromichi Tanaka: Good point! I haven’t thought about that before. To be honest, I think multiplayer games and MMO games are quite different. For example, with Seiken Densetsu you’d be playing the game with your friends, but with MMOs you meet strangers and become friends – that’s very unique to MMOs and very different.

RPG Site: A more technical question – I was just out playing the demo and they showed off how the game could run at a full 1080p resolution with no loss of performance. Is the PS3 version also going to run at 1080p or will it be locked at 720?
Hiromichi Tanaka: The PS3 version will be running in 720p in order to ensure performance remains high quality, but the PC version can go up to 1080p if your machine is powerful enough as you pointed out. We also support multiple displays, so players can use two or three displays to show the game. 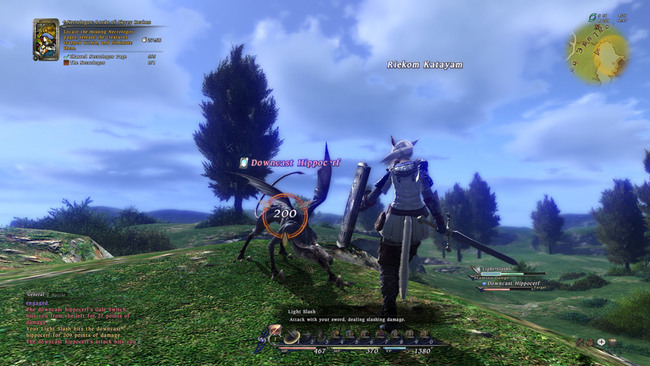 RPG Site: A lot of gamers from the Western part of the world felt that Final Fantasy XI and also XIV have a very distinct Asian or Japanese look. Do you aim the game at any specific geographic group, or is that something that came out of the team naturally?
Hiromichi Tanaka: It’s not because we’re targeted a particular audience; it’s more the designer’s tastes. However in Final Fantasy XIV we have introduced a different class called Highlander – they have more Western tastes in their design, so we hope you’ll like their style.

RPG Site: The Final Fantasy series is very famous for large, epic stories. That’s obviously hard to achieve in an MMO, but how important is the story to Final Fantasy XIV?
Hiromichi Tanaka: In an MMO there’s usually a world and a role provided with a larger story but no tighter focus, but as this is a Final Fantasy title we wanted to have a tighter story that is more important to the overall experience. We will have fully-fledged cutscenes in both CGI and real time and a great, epic storyline so we hope you enjoy it. Also, for Final Fantasy XIV you will be able to experience the past in the game – that will be one of the key storyline points, so we hope you enjoy it. 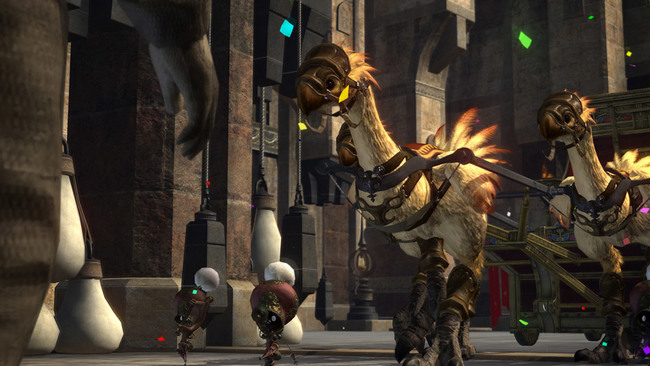 RPG Site: You spoke a lot last year about 2010, and the game is on show here but there’s been no talk of a release window – are you still on track for a 2010 release?
Hiromichi Tanaka: Yes, that is the plan. In fact, we were planning to bring the Director, Komoto-san to this interview as well, but he had to remain in Japan to work on the game, so it is really at a critical finishing stage at the moment. We hope you and your readers will enjoy the game when it arrives later this year!

RPG Site: Thank you for your time! Good luck with the Beta!
Hiromichi Tanaka: Thank you! I hope you enjoy the final game when it arrives!

That's it for our Final Fantasy XIV Interview! Be sure to check our our screenshot and artwork galleries from the game as well as our hands-on preview and the E3 Trailer, and stick with us for our impressions of the Beta!