Final Fantasy XIV was a funny beast at E3, having a massive presence but remaining utterly unplayable to anyone but those who’d been invited to do so. Gigantic posters around and outside the convention centre encouraged you to head to the South Hall to see Final Fantasy XIV, but within Square’s booth only the chosen few were allowed to actually go hands-on.

Thankfully for us, we were part of that chosen group, and so got time to go hands-on with Final Fantasy XIV right before we sat down to interview its producer.

The version media got its hands on wasn’t the Alpha that some (including myself) have been playing for months but a new, improved build – that of the Beta that some will get their hands on in the near future. 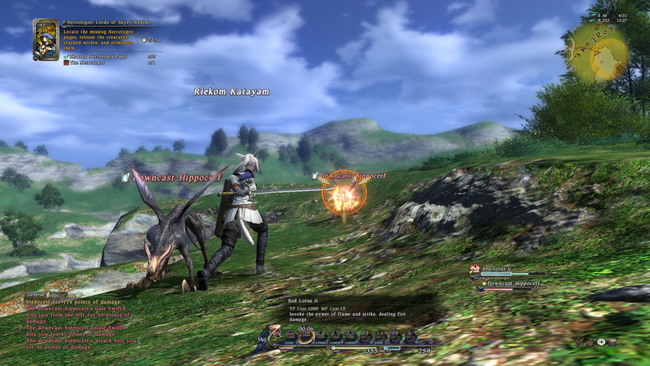 As we were ushered into the private area of the booth for FF14 we were introduced to Square Enix’s Matthew Hilton, who would serve as our guide for our brief trip into Eorza. It was explained that the demo would come in two segments – first off, we’d get to take some hands on time with the character creator. After that we’d be dropped into preset characters to enjoy a brief demo of the game proper.

In the character creator I decided to go for a Roegadyn – one of the big, rugged guys, and was then faced with a decision of where he’d hail from. Mine was from the Sea Wolf clan – who have pale grey skin by default – and hail from the tough seas of Eorza, as you might have guessed from the name.

Past these initial choices I was faced with some other options. There were four basic appearance types, and then as you got deeper you’d be able to edit size (five types), voice (three per sex), skin tone (sixteen options), hair style (eight options) and hair colour (32 options) – and that’s just naming a few. That really is scratching the surface; it’s a deep character creator with a great number of options available.

The interface for the character creator and the game in general is clean and inviting, and it’s clear that Square Enix have learned ample lessons from the somewhat cluttered and unwieldy interface of Final Fantasy XI and even Final Fantasy XIV’s alpha – but we’ll come onto that later.

I only saw one side of the character editor for one of the races and didn’t have enough time to really experiment and try to make a particularly pretty creation, but I was impressed with the breadth of options, including the option to give characters scars and other characterising marks.

The equipment everyone will start with will be roughly the same, but as you acquire new loot and new equipment character clothing will start to look different. Square ensures us that there’ll be no ‘ultimate loot’ layout, so people should be inclined to pick clothing they like rather than the one same suit of armour that performs the best. 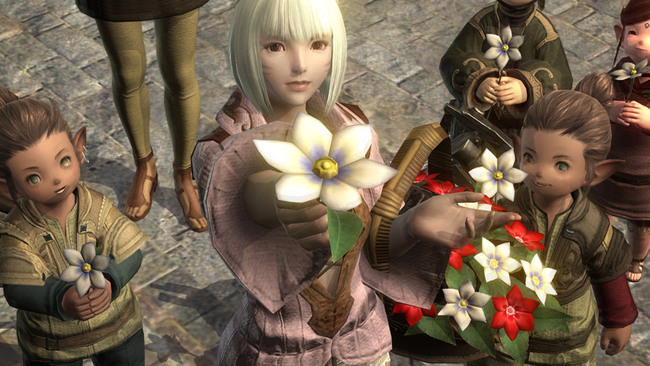 After my jaunt through the character creator I was ushered off the machine for a moment while Matthew logged us into the game proper. While he was doing that, I pointed out that there was an Xbox 360 controller being used to control this PC version of the game. It was third party, but it was Xbox style – ring of light, XBAY. This prompted me to ask, of course, about an Xbox version.

Matthew was quick to shoot that one down. “Right now,” he said, “We’re only developing this for Playstation 3 and Windows.”  These comments were later mirrored in our interview with producer Hiromichi Tanaka, who said there were only two versions in development at the moment but that Square Enix were still “in talks” with Microsoft about an Xbox 360 version.

With that made clear to us, we were in the game – and in a verdant, open field. I was in a party of four players alongside several other members of the press, and we quickly joined a party and took on a quest thanks to the GuildLeve system. The system allows the party leader to choose a quest difficulty based on the number of party members. Solo missions will have weaker enemies and less of them, while the bigger your party is the harder the mission will be and the better the loot.

The general idea is that most of the quests in the game can be scaled to play solo or in a group, meaning you don’t hit a brick wall if you can’t get a party like Final Fantasy XI. While we only took on one quest in this version of the game, I can say from my experience with the Alpha that this system works very well and is a tenfold improvement over the equivalent in Final Fantasy XI.

The Square reps explained to us that quests can also be dynamic within their own setting, too. Even after selecting a GuildLeve level, enemies may react differently by calling in reinforcements or acting in different ways depending on the exact circumstances of the gameplay – though what these circumstances are, the reps didn’t know. 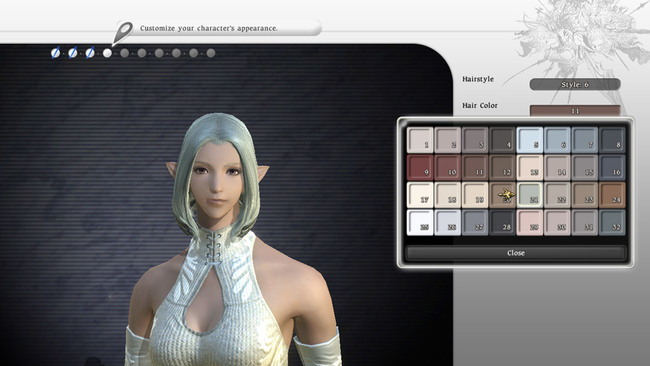 It took some time for the mission to get going thanks to a few of my teammates having no Final Fantasy XI or XIV experience, but once it got going I noticed a large difference from the Alpha I’ve been playing. Combat moves a ton quicker than the Alpha, removing the boring wait between hits and making the combat look more dynamic as a result.

The battle system revolved around the Action and Stamina meters – bars that determine what you’re going to do and when you’re going to do it. The Action bar lists out your attacks, skills and spells and allows you to click or hit the button associated with them to execute them, while the Stamina bar functions a bit like an ATB system in a regular Final Fantasy title, controlling when attacks land.

The stamina bar does work differently from ATB, though. As you perform actions the meter will deplete, though not entirely – and once you’ve used the entire bar you’ll have to wait for it to recharge. Some moves will use more than others – in particular large, powerful, flashy magic attacks.

Similar to Final Fantasy XIII, there’s TP – points earned by battling that can then be spent on other special moves that can dish out serious damage.

My party ventured forth to battle some crabs and pick up some pages of a book - and I was having fun with the combat. Make no mistake, for all my talk of it being faster this is definitely still an MMO and involves quite a bit of waiting – it’s not like Final Fantasy XIII. But it’s a decent speed now – it feels right, rather than the Alpha’s painfully slow waitfest.

Sadly, shortly after the larger boss crab appeared the game crashed, removing three members of the party from the game. The remaining player was crushed alone by the crab thanks to the GuildLeve level being set to a party of four. 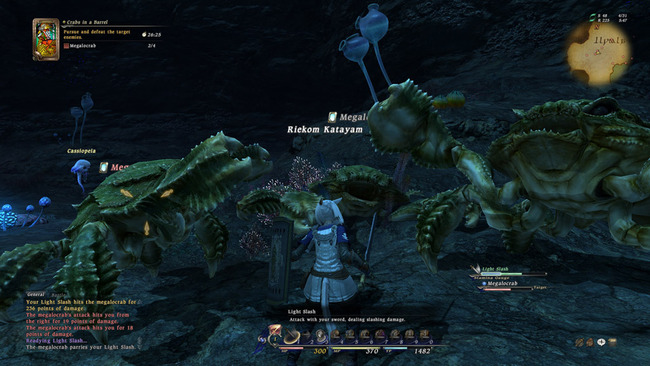 What I played was enjoyable, and in its unfinished state the game was of course prone to crashes, so we can’t hold the crash against them. Hopefully such performance issues will be gone by the time the full version arrives.

Before the crash FF14 was pretty, vast and impressive, especially considering the version of the game that I was playing was spread across three separate monitors for a truly ‘widescreen’ appearance. It goes without saying that Square Enix were using powerhouse PCs to run their flagship PC title at E3, but nevertheless it was one hell of a good looking game, especially for an MMO.

We’ll bring you a more full preview when the Beta begins – we’ll have some beta codes to give away too, so stick with us! In the meantime, check out our Screenshot and Artwork Galleries from the game, the E3 trailer and our Interview with the Producer!