Corecell Technology recently announced that turn-based tactical mech RPG Dual Gear will launch for Steam Early Access tomorrow, on July 29. The game is also planned for a PlayStation 4, Xbox One, and Nintendo Switch release next year.

Dual Gear has been in the works for a while. The Thailand-based development team at Orbital Speed Studio ran multiple Indiegogo campaigns in 2016 to raise funds for the game. The Early Access release will have the game's first act, with more to follow in later updates.

A release date trailer, description, and screenshot set can be found below via Corecell Technology & Orbital Speed Studio.

Dual Gear is the combination between 3D Mech Action Shooting and Turn-Based Strategy Game inspired by the various Classical Japanese Mech Games. With the brand new features to go beyond the traditional retro-mech games. Dual Gear engaged the player to pilots their mechs with the Real-Time Action Shooting while experiencing in the high pressure of Tactical Turn-Based Layers! 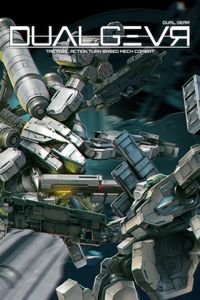