Brigandine: The Legend of Runersia releases for PlayStation 4 on December 10

Happinet has announced that Brigandine: The Legend of Runersia will release for PlayStation 4 on December 10. The strategy game originally released worldwide for Nintendo Switch in June 2020.

In a Letters from the Producer post on the game's official website, while producer Kazuhiro Igarashi can't provide any hard details, he states plans for future updates to the game on both platforms in response to player feedback. He also states a goal for people who've already completed the game a reason to return to it.

A new trailer for the PlayStation 4 announcement can be found below. A physical release from Limited Run Games is also planned for the English release.

Brigandine: The Legend of Runersia 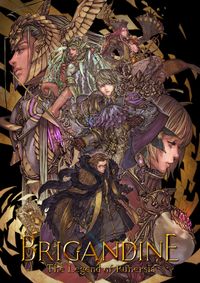