RuneScape and Old School RuneScape are coming to Steam

For the uninitiated, RuneScape is a free-to-play MMORPG that originally released in January 2001 and became very popular over the following years. Over time, the game eventually split into two effective versions: the more modern RuneScape (sometimes referred to as RuneScape 3, being the third major build) and Old School Runescape, which released in 2013 based on a 2007 build. Both versions are updated and maintained, and Old School Runescape actually maintains a higher player count. Old School RuneScape also made its way to mobile devices in 2018, with RuneScape coming in the future.

The Steam version of RuneScape will have its own membership package options and achievements, along with a dedicated support team. More information can be found in the community post.

A statement from Jagex boss Phil Mansell, description, and a few screenshots can be found below via Jagex.

“Jagex is on a mission to bring the RuneScape universe to more players globally. Following our games’ arrival on mobile stores, we are now expanding the availability of the desktop versions. Making them accessible to the Steam community is an important step in achieving this goal. We’re excited to see RuneScape debut on Steam from October 14th and look forward to Old School RuneScape’s arrival next year, as we enable even more gamers to access and explore our rich and engaging living game worlds.”

Journey into the Sixth Age of Gielinor and discover a fantasy world deep with legend and lore. Gielinor's people may be thriving, but the Elder Gods still scheme. The clouds are darkening and war looms. Experience a fantasy online world 19 years in the making.

It's up to you. Will you explore the world with friends, or seek your fame and fortune as a lone adventurer? Whether you’re engaged in daring quests, quietly tending to your farm, risking it all against a high-level boss or spending a night at the circus, RuneScape is the perfect second-screen game. Play how you want – the choice is yours. What type of hero will you be?

With a world that’s been growing for an incredible 19 years, RuneScape continues to thrill players with an adventure unlike any other. With 270 million installations and cross-playability on PC and mobile, join the hundreds of millions of people who have explored the fantastic and mystical world of Gielinor.

Make friends – and maybe sometimes enemies – with a rich roster of memorable NPC characters. From lovable companions and friendly rogues, to deceitful villains and vengeful gods, the many faces of Gielinor offer a deep fantasy experience unlike anything else.

Visit dozens and dozens of unique and striking locations, from the medieval castles of Burthorpe and the tranquil harbours of Catherby, to the dangerous barren expanses of the Wilderness or the tropical reaches of Anachronia. Own your own port! Run your own farm! Make a pretty penny trading with players at The Grand Exchange, and keep your exotic wares safe in the Bank.

With 28 skills to master, what will you become? Will you be one with nature by perfecting Woodcutting, Fishing, Herblore and Cooking? Or would you prefer to be more creative with Crafting, Farming, Smithing and Construction? Or perhaps your tastes lay elsewhere – with Hunting, Divination, Invention or Runecrafting? Or maybe your soul yearns action, and you’ll take to Magic, Summoning, Slayer and Dungeoneering!

Do you want to get up close and personal with a sharp blade in your hand? Or will you take a tactical approach and attack from range? Or perhaps your skills are more mystical, and you prefer the arena of magic? Fight a dazzling assortment of foes including an unimaginable array of epic bosses. From demons to dragons and rock monsters to serpents, nightmares beyond your wildest imagination lay in wait.

Add your unique voice to our vibrant RuneScape community. Enjoy a strong connection to RuneScape's independent development team by joining them for regular livestreams, and share ideas on the forums. We shape RuneScape together! 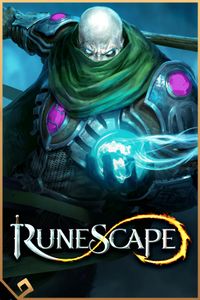