Live A Live 26th anniversary broadcast to take place on October 3, with a teased surprise

Square Enix has announced a 26th-anniversary celebration for Live A Live, set to take place on October 3 at 20:00 Japan time. A live broadcast will include key members from the development team, including director Takashi Tokita (Final Fantasy IV, Chrono Trigger), composer Yoko Shimomura, and designer Nobuyuki Inoue. Square Enix has also teased a surprise during the presentation 'that you can enjoy with everyone.'

Live A Live is a classic JRPG that originally released in Japan for the Super Famicom in 1994. While the game eventually landed on the Japanese Wii U and 3DS virtual consoles, the game never officially made its way westward.

Live A Live is structured a bit differently than most classic RPGs; it takes place over different scenarios featuring multiple protagonists in different time periods and settings. Each scenario broadly has the same general turn-based gameplay, but each scenario also houses some unique gimmicks in how the storyline or battles take place.

As for the teased surprise, it's worth noting that several trademark applications have popped up for Live A Live over the last several months, including in the United States, Canada, Australia, and Europe. We don't know for sure, but this could hint at some sort of worldwide re-release. Square Enix certainly has some recent history newly-localizing Japanese classic RPGs on new platforms, with titles such as Romancing SaGa 2 & 3 as well as Trials of Mana, so a potential re-release of Live A Live doesn't seem too out of reach.

The presentation can be watched on October 3 at the YouTube link embedded below. We'll have to wait for the weekend to see what's in store. 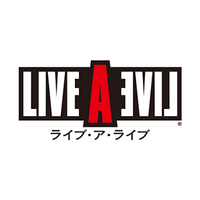