Vigil: The Longest Night is a 2D sidescroller RPG releasing this week on October 14 for Nintendo Switch and PC (Steam). Published by Another Indie and developed by Glass Heart Games, Vigil features horrifying creatures and harsh combat. In the game, you are put in the shows of Leila as she saves her sister and her hometown from an approaching evil.

While the development team has expressed interest in porting the game to PlayStation and Xbox One, the team cannot commit to the platforms at current.

Check out a recent trailer, description, and screenshot set below.

Vigil: The Longest Night is a 2D action platformer with precise, technical combat and a strong narrative. Inspired by Salt and Sanctuary and Castlevania, Vigil: The Longest Night aims to challenge players with its difficulty while compelling them with a tale of eldritch horror. Follow Leila on her quest to save her hometown from the creeping evil infesting the surrounding countryside. Navigate a world that wanders between dream and reality, sanity and madness, and uncover the secret of the longest night and the monstrous entities invading their world. 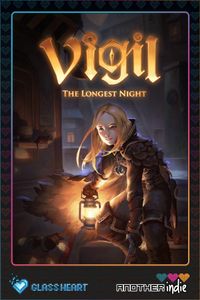