Publisher Team17 and developer Moi Rai Games have announced that monster-taming sidescroller RPG Monster Sanctuary will exit Steam Early Access on December 8 and launch for PlayStation 4, Xbox One, and Nintendo Switch on the same date.

Monster Sanctuary began life as a Kickstarter campaign in October 2018, followed by an Early Access release in August 2019.

Check out a release date trailer, description, and screenshot set below.

During its year in Early Access, Monster Sanctuary has expanded with a series of significant updates that broaden its fantastical world, such as the introduction of player vs player gameplay, and new areas to explore: the volcanic Magma Chamber, the claustrophobic Underworld, and the mechanical Mystical Workshop. Each has expanded on the menagerie of monsters available for players to track down and tame, and added new gameplay opportunities to explore. The full launch of Monster Sanctuary in December will see further content for players to explore as they embark on an epic adventure. 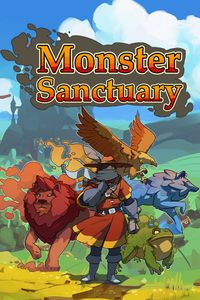