Publisher Deep Silver and developer Nine Dot Studios have announced Outward 'The Three Brothers', the second DLC expansion to the survival RPG. It is set to release in December 2020 for PC, followed by a PlayStation 4 and Xbox One release in early 2021.

Outward originally released in March 2019, a game we found was fairly unique but flawed in its incorporation of survival elements. The first DLC expansion, The Soroboreans, released this past summer.

A description and screenshot set for the newly announced DLC can be found below.

Deep Silver and Nine Dots Studio are excited to announce "The Three Brothers," the second DLC for their massively popular RPG Outward. "The Three Brothers" will launch for PC players this December, with the console platforms to follow in early 2021.

The gates are opening and the path leads to “Caldera,” an entirely new region in the world of Aurai which is full of new adventures, dangers and secrets to explore.

Play an important role in the timeline of Aurai and join the rebuilding efforts of the old Sirocco refugee camp by providing the struggling folks there a new place to call home - a new Sirocco. Filled with new quests, skills, weapons, recipes and pets, “The Three Brothers” DLC promises a slew of fresh content for the intrepid adventurer.

Check-out below for a few of the new features, more to follow soon:

Relight your lantern and prepare to hit the road once again in December 2020. 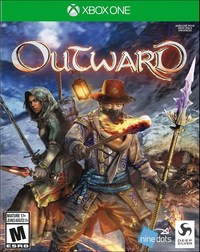