Ruined King: A League of Legends Story set to release in Early 2021 for PlayStation 4, Xbox One, Nintendo Switch, and PC

Riot Forge and Airship Syndicate have announced that Ruined King: A League of Legends Story will launch in early 2021 for PlayStation 4, Xbox One, Nintendo Switch, and PC (Steam, Epic). A PlayStation 5 and Xbox Series X|S release will follow, with PS4 and Xbox One owners having the ability to upgrade for free. The official website has also been updated.

Ruined King is a turn-based roleplaying game set in the League of Legends universe, previously announced at The Game Awards 2019. The game features League of Legends champions Miss Fortune, Illaoi, Braum, Yasuo, Ahri, and Pyke, who can be seen in the new cinematic trailer and artwork found below.

The story is set in two regions of Runeterra, Bilgewater, a port town that is home to sea monster hunters, dock gangs, and smugglers from across the known world; and the Shadow Isles, a land cursed with the deadly Black Mist which shrouds the island and corrupts those it comes in contact with. In order to defeat a common and mysterious enemy, players will form an unlikely party of beloved League of Legends champions – Miss Fortune, Illaoi, Braum, Yasuo, Ahri, and Pyke. 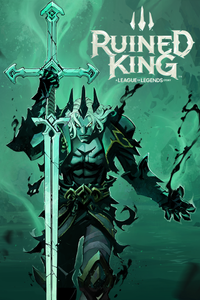