This new edition first releases for PlayStation 5, PlayStation 4, PC (Steam, GOG, EGS, Mac), and Stadia in March 2021. The Xbox and Switch release will follow in Summer 2021. All existing players of the game will receive a free full upgrade to The Final Cut on their current platform. Otherwise, the game is priced at $39.99/€39.99/£34.99.

The Final Cut adds full voice acting to the game various NPCs, as well as new quests and areas to explore. A trailer and description via ZA/UM can be seen below. You can also check out our review for the PC version released last year.

Disco Elysium - The Final Cut is the definitive edition of the smash-hit RPG. Get even more out of this award-winning open world. You're a detective with a unique skill system at your disposal and a whole city block to carve your path across. Interrogate unforgettable characters, crack murders, or take bribes. Become a hero or an absolute disaster of a human being.

A Collector's Edition will is available to pre-order through iam8bit for the various console versions, priced at $249.99. 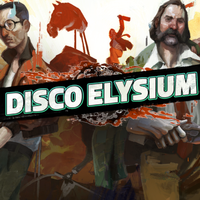