Disgaea RPG to see a global English launch in Spring 2021

ForwardWorks has announced that free-to-play mobile game Disgaea RPG will see a global English launch in Spring 2021 for iOS and Android devices. The worldwide release will be handled by Hong Kong-based Boltrend Games, who also recently announced a global version of Arc the Lad R. The official English website is here, and the official English Facebook page is here.

The game originally launched in Japan in March 2019, but suffered severe issues that resulted in the game getting shut down for maintenance and relaunched later that year in November 2019. Disgaea RPG went on to commemorate more than 1 million downloads before the end of 2019. The game also became playable on PC through DMM Games in August 2020.

A closed beta test for the global release will be held in January 2021, available in Canada, Brazil, Australia, and the Philippines. The mobile game features characters from the entire Disgaea series in a new original storyline, featuring turn-based battles.

An animated trailer and screenshot set can be found below via Boltrend Games. 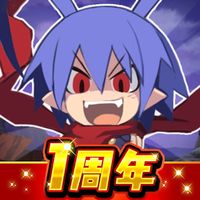