Kemco has announced that Citizens Unite!: Earth x Space will launch digitally for PlayStation 4, Nintendo Switch, and PC (Steam) on January 28, priced at $29.99/€29.99. This is a dual-pack release including two titles developed by Eden Industries: 2015's Citizens of Earth and 2019's Citizens of Space.

This release includes new additions including a time-travel mode that allows players to jump between the games to reveal a true ending.

A trailer, description, and screenshot set via Kemco can be found below.

Citizens Unite!: Earth x Space includes “Citizens of Earth”, where the rookie Vice President and fellow Citizens investigate the strange mysteries cropping up all over Earth, and “Citizens of Space” where the Earth’s new Ambassador embarks on a journey to find the missing Earth with the help of Citizens across the galaxy.

This time the two adventures have united with brand-new elements. Recruit 88 Citizens with unique abilities to save the Earth in both time-periods! Time travel back-and-forth between “Citizens of Earth” and “Citizens of Space”, unlocking new content and revealing the true ending!

Unite the Citizens to save the timeline from secretive foes operating behind the scenes! 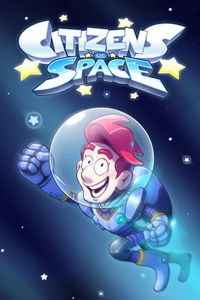