Square Enix has announced that mobile tactical RPG Dragon Quest Tact will release for the iOS App Store and Google Play on January 27. Registration for both stores is now live.

Dragon Quest Tact is a free-to-play tactical RPG, with various monsters available through the in-game 'gacha' system. The player then leads monsters across grid-based maps to take on foes in a simple but strategic combat system. Square Enix has also announced that the game has already received 10 million downloads since its launch in Japan in Summer 2020.

Players who download Dragon Quest Tact once it launches will receive a free King Slime monster for a limited time. More information about the game can be found in the announcement. 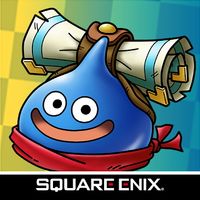