During today's New Game Plus Expo stream, publisher PM Studios and developers Vakio & Viridian Software announced that Alchemic Cutie will launch first for Xbox One and Xbox Series X|S on July 27. The game is also set to release for Nintendo Switch and PC (Steam).

Alchemic Cutie has been in the works for several years now, having been originally revealed in 2017 with a formal publisher announcement in 2018, where Circle Entertainment had announced PC and Switch versions. No new information about other platforms is available at this time.

A trailer, description, and screenshot set can be found below. The official website is here.

Each jelly has uniquely generated stats, traits, and over 4,000 visual styles. You can tame, breed, and raise the perfect jelly companions, competing in heated jelly competitions for the top prize. To really boost your jelly’s abilities, use alchemy to create special items with powerful affects or morph items into something rare and powerful. All the while mingling with the island’s inhabitants to form lasting friendships and rivalries. 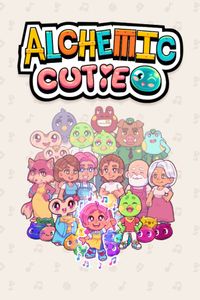