An announcement trailer, description, and screenshot set can be found below via Dear Villagers. The official website is here.

Explore the vast and beautiful world of Orcanon.

Visit five different cities populated by unique creatures and solve more than 20 dangerous dungeons. With over 50 hours of game-play and a range of fun mini-games - including shoot ‘em ups, an original fantasy-themed card game and challenging environmental puzzles.
A grand tale of fate and sacrifice.

Immerse yourself in a fascinating narrative rife with betrayal, sacrifice and terrors. A story based around adult characters, Astria Ascending offers a more mature experience and extensive dialog. 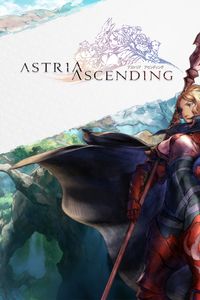