Publisher Humble Games and developer Crema have today released the Cipanku Island update for Temtem, the largest update to the game since its original Early Access launch in January 2020.

The update adds the new Cipanku island region, new Temtems, a new teleport feature, and the first "Mythical Temtem". Crema also recently posted a one-year retrospective on the game, reflecting Temtem's current state and highlighting all the additions made since launch.

The multiplayer creature collector is currently in Early Access on Steam and PlayStation 5, with a full release adding Switch and Xbox Series X|S platforms set to launch later in 2021.

A new trailer and screenshot set can be found below via Humble Games, alongside a description of the update as posted on PlayStation Blog.

The rise of digital Temtem

Cipanku is an Electric/Digital themed island, where tradition and technology converge and meld together. Cipanku is the first island to house Digital Temtem, a rare Temtem type that humans created in the Nanto laboratories. Digital Tems come with their own new and exclusive Traits and Techniques; they’re the first type to be weak to themselves. Digital Tems are strong against Mental, Melee and Digital types, and are weak to Water, Electric and Digital types. They’re also resistant to the Toxic type.

Notable Digital Tems you might already have registered in your Tempedia include Oree, Zaobian and the Digital variant of Koish. We’ve also leaked a new Digital tem called Molgu, and a couple of Electric Tems like Raignet and the Sparzy line.

Catch a mythical Temtem together

Cipanku also brings with it one of the most significant features in the game’s history. Mythical Temtem. And the way to reach them, Lairs.

Lairs are a group activity, ranging from three to five players (having five is strongly recommended), where you and your teammates will be able to progress through your own paths to get a chance at capturing the Mythical Temtem. In Lairs, even though each player receives a different randomly generated path, all resources are shared and resource management is the true key to success in reaching the Mythical. To prove your skills as a tamer, instead of traversing the Lair with your usual squad you must form your Temtem team and inventory during the Lair, and think strategically about when and what to bring along with you.

Fast travel across the Islands

The technology advancement in Cipanku will allow you to unlock one of the most requested features so far: teleportation. By completing a side quest in the city of Neoedo, you’ll unlock a nifty teleport system that, in exchange for a fee, will let you travel instantly from many different hotspots across the Archipelago. Teleports to any Narwhal airport are free, though.

Top tips for success in Cipanku

For this update, we recommend having your team leveled up to at least level 50, but as usual, the higher the better! For team suggestions, Mudrid and Grumper are valuable allies, and a Nessla with Electric Synthesize should carry you far, too. You can find these in Tucma, Kisiwa and Deniz, respectively. On Lairs, keep in mind that they can be re-done as many times as needed until you complete, but they’re challenging. Do your best to save the key resources to unlock the Mythical battle, or it will all be for naught. 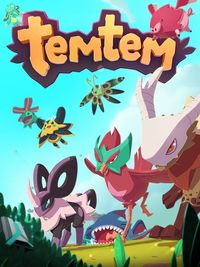