Publisher Merge Games and developer Maple Powered Games have announced that creature/farm sim Monster Harvest has been delayed to July 8 for PlayStation 4, Xbox One, Nintendo Switch, and PC (Steam).

Physical editions of the game will be available for PlayStation 4 & Nintendo Switch on July 20 in the United States and the 23 of July in Europe.

So, whilst we’re very sorry to delay your trip to Planimal Point, we’re very excited to bring you a game with some fantastic additions on release!

There’s a bunch of new things to look forward to including;

We’re very excited to deliver an even bigger game and welcome you to join us on July 8th! 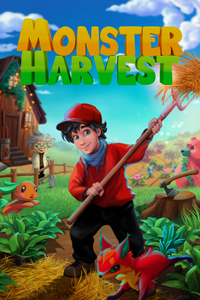