Publisher Eastasiasoft and developer Softstar have announced that Xuan Yuan Sword 7 will release in the west this Summer for PlayStation 4 and Xbox One. The action RPG previously released for Steam in October 2020.

Physical releases will be available at retailers throughout North America and Europe through Maximum Games. The title will support English, French, German, Spanish, and Russian subtitles.

Xuan-Yuan Sword is a long series of Taiwanese-developed RPGs featuring ancient Chinese stories and mythology. Xuan-Yuan Sword VII is the newest entry in the series supporting English subtitles - only the second game in the franchise to do so after 2015's Xuan-Yuan Sword: The Gate of Firmament.

A new trailer can be found below. For more information, you can check out the debut trailer, gameplay trailer, and heroines trailer. 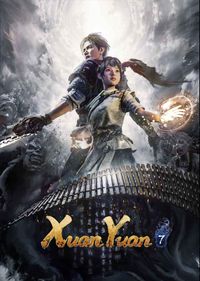