Aquaplus has published the second Japanese major trailer for Utawarerumono Zan 2. The trailer shows more footage of how the gameplay, conversations, and event cutscenes will look like in full 3D and 60 fps frame rate.

While most of the content and features shown in this trailer were already introduced at the initial reveal, it newly showed an Illusion Dungeon named Tiger's Hole. This will act like a Challenge Mode with 100 floors of tough battles that also include exclusive enemies. It also features an original storyline that expands every time the player has reached a certain floor.

The trailer also teased that this sequel will be released globally just like the first game. At roughly 5:55, the trailer tells prospective players to compete and win in online co-op with other players "worldwide" (世界, rather than 全国 for a single country).

Utawarerumono Zan 2 will be released for PlayStation 4 and 5 in Japan on July 22. Although a worldwide release was hinted at by the new trailer, the English localization has yet to be officially announced. 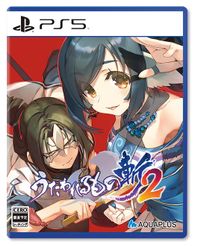