You can check it out here.

The science fiction survival horror RPG shows off gameplay and a look at its brutal, creepy world in this trailer as showcased during Guerrilla Collective 2021. Set in the hyper-realistic, 3D scanned wasteland of Chernobyl's exclusion zone, play as Igor Khymynyuk, a former physicist and ex-employee of Chernobyl, 30 years on from that fateful day, April 26,1986. The day that changed Chernobyl, and his life, forever. Haunted by the loss of your fiancée Tatiana Amalievain, in the chaotic aftermath, you return to Pripyat for the first time to investigate her mysterious disappearance.

Chernobylite is set to leave Early Access next month and launch for PlayStation 4, Xbox One, and PC (Steam, GOG). You can catch the launch date trailer and details here. 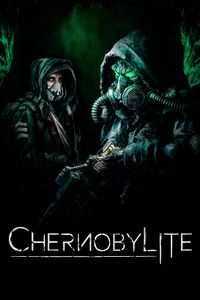 Publisher
All in! Games