Following on from its acquisition of Bethesda, Microsoft and Xbox has another seismic acquisition that's going to rock the gaming industry - that of Activision Blizzard.

For RPG fans, the biggest headline of this acquisition relates to two huge RPG series controlled by Blizzard: Diablo and World of Warcraft. For gaming at large beyond our little genre-specific corner, the repercussions are significant, however.

From Activision Xbox will acquire Call of Duty, Crash Bandicoot, Spyro/Skylanders, Guitar Hero, and a range of legacy games and IP including the likes of Pitfall, King's Quest, and the classic Tony Hawk's games. From Blizzard, alongside Diablo and Warcraft Microsoft will gain control of Overwatch, Starcraft, Hearthstone, and Heroes of the Storm. King, the third arm of the company, will give Xbox a heavy-hitter in the mobile space - Candy Crush.

As with Microsoft's acquisition of Elder Scrolls and Fallout publisher Bethesda, it is likely that even after completion the Activision brand will still continue to operate as a 'separate' publisher arm. Bethesda's Starfield, for instance, will be 'published' by Bethesda rather than by Xbox Game Studios - though ultimately it is still an Xbox Studios game, and is Xbox and PC exclusive. While we don't know the exclusivity status of Activision and Blizzard games going forwards, it seems likely they will follow a similar trajectory to those of Bethesda.

The deal follows months of turmoil at Activision Blizzard after countless accusations of impropriety, harassment, and other generally despicable behavior across the company. Spencer vaguely alludes to this in the announcement, reaffirming Microsoft's commitment to creating a positive and inclusive space - while also noting that studio autonomy is key to their acquisition approach. Nevertheless, it's likely that the new owner will be scrutinizing Activision Blizzard's culture closely and making changes. Not mentioned in the announcement is current Activision CEO Bobby Kotick, who has been under pressure to resign. He will be staying with the company at least until the deal completes - but there's no confirmation of his fate beyond that.

Advertisement. Keep scrolling for more
Post to TwitterPost to FacebookPost to RedditPost to Tumblr
Enjoyed this article? Share it!
In this article
Xbox Series S|X 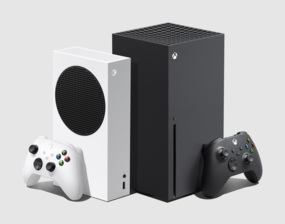 The 4th generation of Xbox consoles comes in two forms. The Xbox Series X offers power to play games in 4K and up to 120 FPS, while the Xbox Series S offers a compact digital option in Xbox's smallest console yet.