Both North American and European fans won't have to feel left out when Namco Bandai launches the English version of Ni no Kuni this coming January.

The publisher has announced a "Wizard's Edition" of the game which will include a 300 page hardcover Wizard's Companion Book, a Drippy (one of the characters in the game) plush doll, exclusive Golden Mite and Golden Drongo DLC familiars and of course a standard copy of the game.

The North American version is available exclusively on Club Namco for $99 with limited availability. Pricing and other details have yet to be announced for European territories.

Ni no Kuni: Wrath of the White Witch is due for PlayStation 3 on January 25 in Europe, and in North America on January 22. 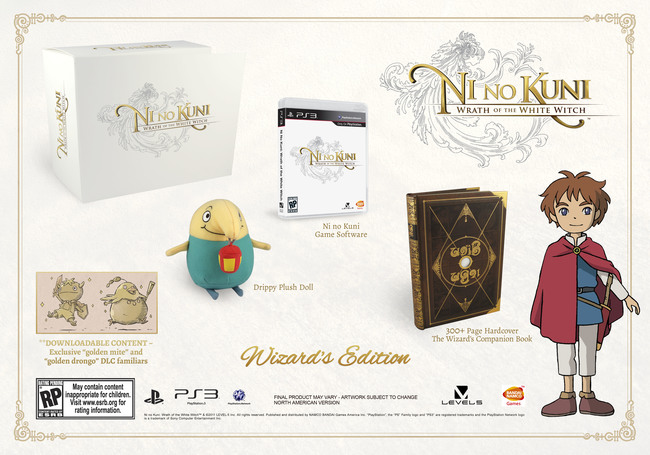 Ni no Kuni arrives in January for North America and Europe

Ni no Kuni is Coming to North America in 2012 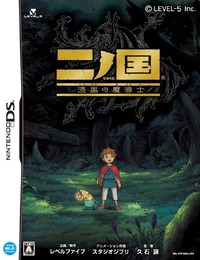