While we've heard rumblings of a western release of Imageepoch's upcoming "animation" RPG, Toki to Towa, nothing was set in stone.  While that is still technically still the case, we are one step closer to a full confirmation.

At the 2012 Comic Exhibition in Taipei, Gamer.com.tw asked Namco Bandai producer, Kay Hirono, whether or not the game would see release in Taiwan.  He has this to say:

“This time, I brought with me the newest info on the game for everyone who likes Vofan (the game’s artist). Besides the Japanese version, there are only plans to release an English version. So far, I am sorry, there are no plans to produce a Chinese version of the game.”

As this is essentially an off the record comment and possibly a slip of the tongue from Hirono, we'll still have to wait for word from Namco Bandai.  It's about as close to confirmed as possible without actually officially being confirmed, though. 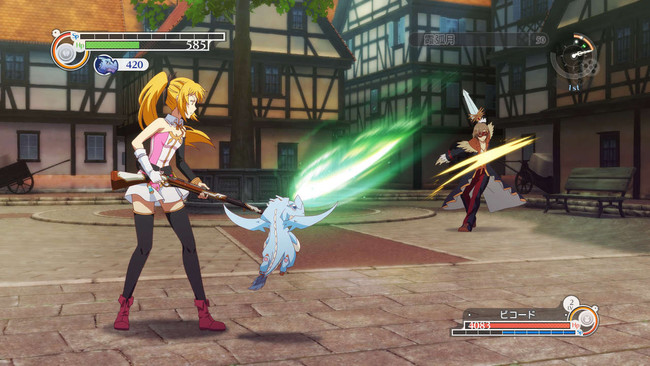