Akitoshi Kawazu, the producer of Final Fantasy Tactics: The Lion War, has revealed that The Lion War will make use of the PSP wireless connectivity capabilities and that the game will feature a versus mode and co-operative mode. In order to collect special items and traps, the player will have to complete these two modes. Kawazu also said that the game's balance was left unchanged on purpose.

Final Fantasy Tactics: The War of the Lions 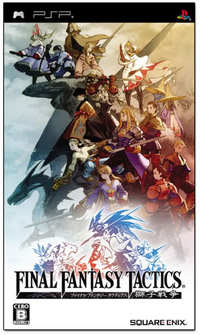