The Legend of Zelda: The Wind Waker HD - Bundles and Limited Editions announced

Nintendo officially revealed release details for The Wind Waker HD for both North America and Europe.

In North America, a Wind Waker Wii U Deluxe bundle launches on Sept. 20 at $299.99. The bundle includes the black Deluxe Wii U console, a GamePad controller adorned with gold lettering and emblem, a download code for the digital version of the Hyrule Historia artbook, as well as a code that can be used to download The Legend of Zelda: The Wind Waker HD from the Nintendo eShop. A digital standalone version of the game will also release on September 20th for $49.99. The retail version of the game hits stores on Oct 4th, and Gamestop is also offering a limited edition version of the retail game bundled with a Ganondorf figurine for $54.99.

For Europe, the Wii U Bundle and the retail game both land on October 4th. The European Wii U bundle does not seem to include a digital version of Hyrule Historia but is otherwise similar to the North American counterpart and will be available for £249.99. Like in the States, a Limited Edition version of The Wind Waker HD with a Ganondorf figurine will be available - it is exclusive to GAME for £59.99 in the UK.


Nintendo released the following videos for the special editions and a close look at the Ganondorf figure, respectively.

The Legend of Zelda: The Wind Waker HD 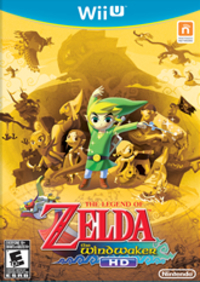